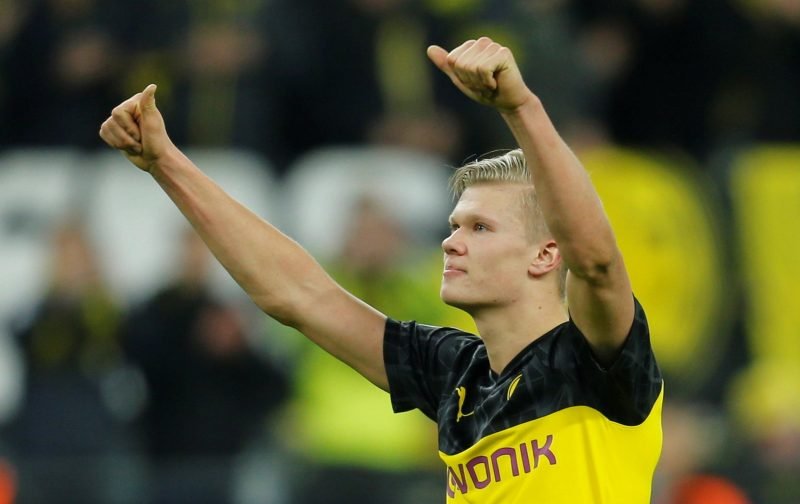 Haaland joined Borussia Dortmund from Austrian side Red Bull Salzburg back in January, despite heavy interest from an array of top European clubs.

One of those clubs was Man United, with Haaland’s fellow countryman Solskjaer, flying out to see the young striker in hope to persuade him to join the Red Devils.

Solskjaer was more than complimentary about his fellow countryman.

However, the 19-year-old decided to join Dortmund and has been absolutely flying since his arrival at the Signal Iduna Park.

The top marksmen has scored a remarkable 11 goals in just seven games, including a brace against Paris Saint-Germain in the Champions League last night.

Despite losing out on the striker, United boss was very open and honest about his thoughts on Haaland.

He said: “I normally never comment on opposition players, but since I’ve had Erling, I’m just delighted for him.

“He’s a top boy, an absolutely fantastic kid, who you want the best for. And for Norway it’s brilliant that we have a striker who can score goals again.”