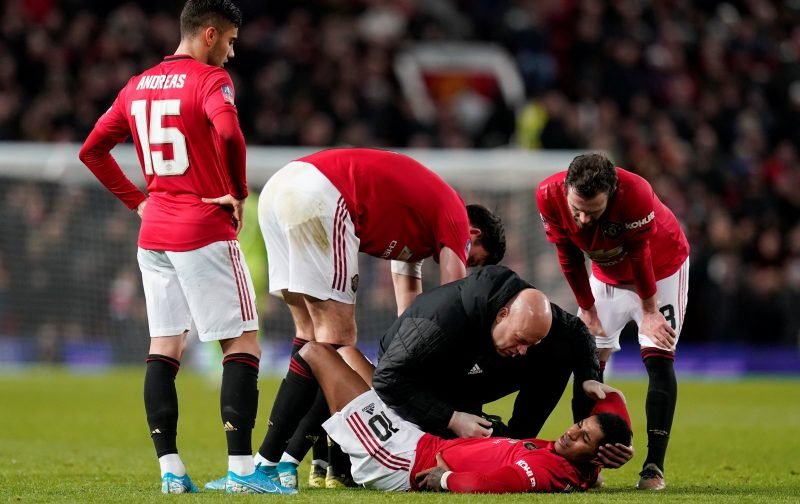 It was a tough day to endure for all associated with Manchester United, as arch rivals Liverpool secured a 2-0 victory in their Premier League clash earlier this evening.

To further compound their woes, they also received the terrible news that star striker Marcus Rashford has sustained a double stress fracture in his back and is set to miss the next few months.

Rashford who has scored 19 goals this season, suffered the injury after being brought off the substitutes bench against Wolverhampton Wanderers in the FA Cup midweek.

Speaking after the game, United manager Solskjaer hinted that he may have to replace Rashford as his squad looks very short of depth.

“It might be we might look at some short term deals and that could take us through until the summer.

“We’re looking at numbers and if the right one’s there we could buy…if there’s a loan, it’s an option.”