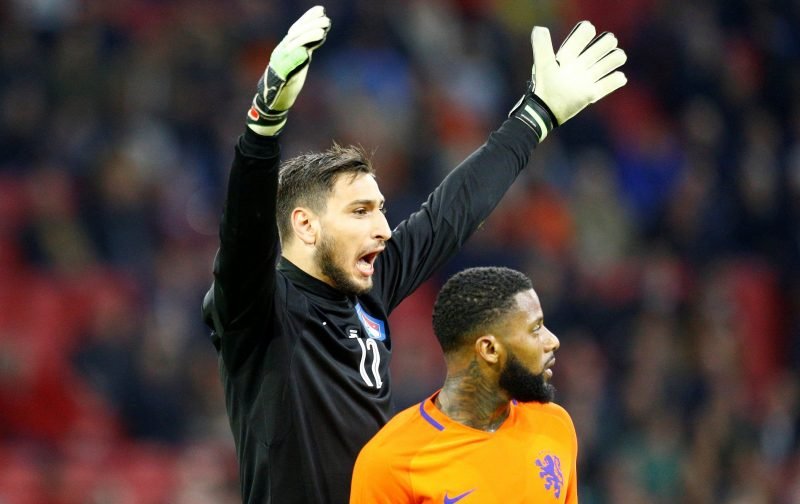 Manchester United, Manchester City and Chelsea are set to battle it out for AC Milan goalkeeping sensation Gianluigi Donnarumma this summer, as they all look for replacements for their respective number ones.

According to reports from The Mirror, the Premier League trio will have to splash out a record-breaking £50m to engineer a deal for the 18-year-old.

The three-cap Italy international is atop the list of the three, with Jose Mourinho and Antonio Conte preparing should they lose either David de Gea or Thibaut Courtois, respectively, to Real Madrid this summer – whilst Pep Guardiola is looking for an improvement on last summer’s signing, Claudio Bravo.

Donnarumma, who is viewed as the natural successor to Italian legend Gianluigi Buffon, has been an established regular for Milan since the age of 17 and is tipped to go to the very top.

The red half of Manchester, however, may have the edge in this one with the shot-stopper being represented by super-agent Mino Raiola, who also has United trio Zlatan Ibrahimovic, Henrikh Mkhitaryan and Paul Pogba on his books.