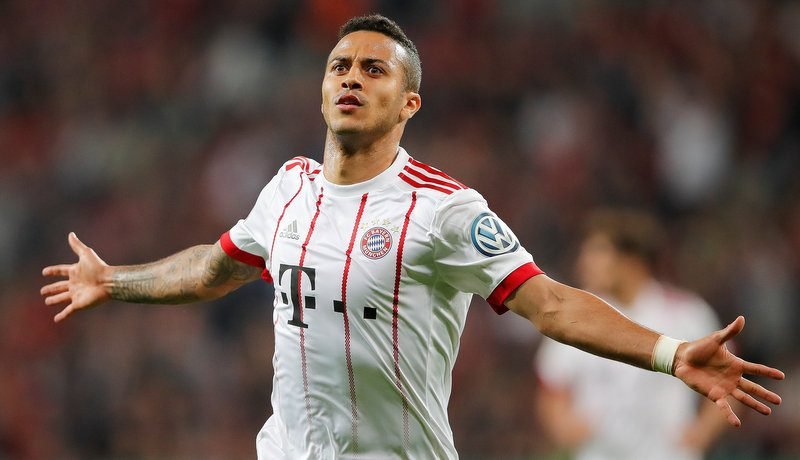 Manchester United are reportedly mulling over a deal for Spain international star Thiago Alcántara, according to the Independent.

The Premier League side, who have signed defender Diogo Dalot (FC Porto), midfielder Fred (Shakhtar Donetsk) and goalkeeper Lee Grant (Stoke City) so far this transfer window, have been linked with also landing the Bayern Munich midfielder ahead of the 2018-19 campaign.

The 27-year-old, who has 31 international caps for his country, scored seven goals and provided four assists in 32 appearances in all competitions for the Bundesliga champions last season.

Thiago played for his country at this summer’s FIFA World Cup finals at Russia, featuring against Portugal and Morocco, before Spain were knocked out by hosts Russia on penalties in the last 16. 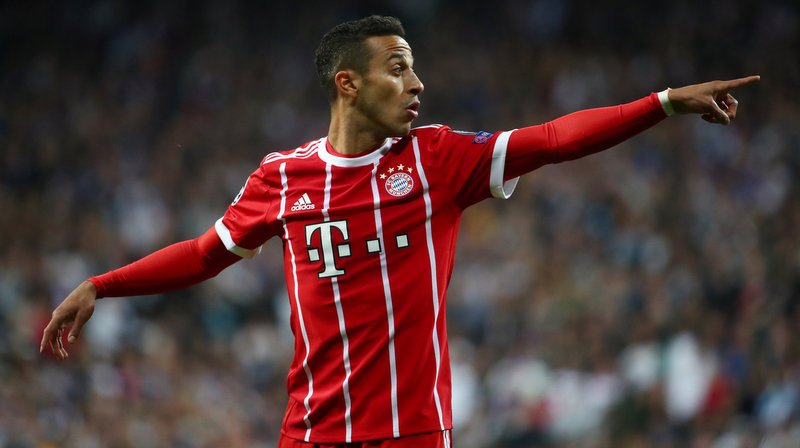 The central midfielder has netted 25 goals in 153 games overall for Bayern, having arrived at the Allianz Arena back in July 2013 following his transfer from La Liga giants FC Barcelona.

The report claims Red Devils manager Jose Mourinho is considering making a move for the Munich man, as the ‘Special One’ bids to further strengthen his squad ahead of the new season.

Bayern are understood to be open to selling Thiago, who is contracted at the club until June 2021, and is valued at £54m.