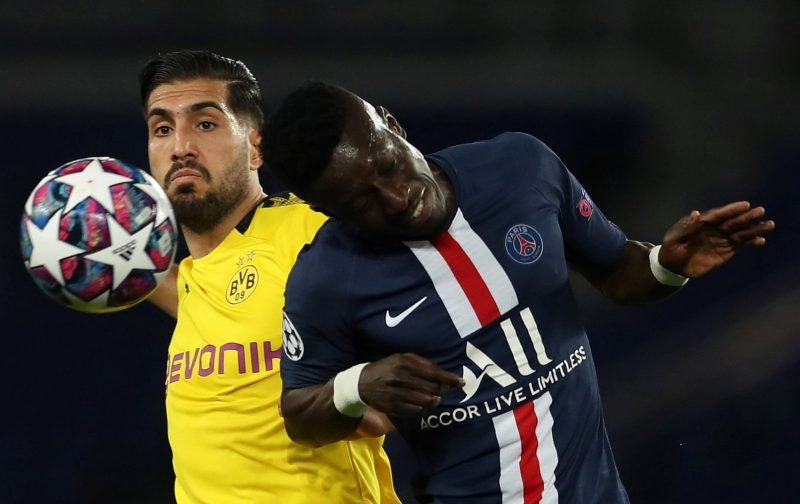 Manchester United could be lining up a free transfer this summer for Paris Saint Germain and ex Everton midfielder Idrissa Gueye, according to French publication Le10sport.

Reports from France suggest PSG are willing to let Gueye leave on a free transfer this summer, with both Man United and Wolverhampton linked to the midfielder in recent months.

With talk of Jadon Sancho joining the Red Devils for a multi-million transfer fee, this potential signing won’t be the top of United fan’s list, but it would make a shrewd acquisition for manager Ole Gunnar Solskjaer.

Gueye has a high level of Premier League experience having made 108 appearances for Everton and performing well which sparked interest from Champions League chasing PSG.

The Senegal international has had a productive start to his footballing life in France, winning the Ligue 1 title and the Coupe de France.