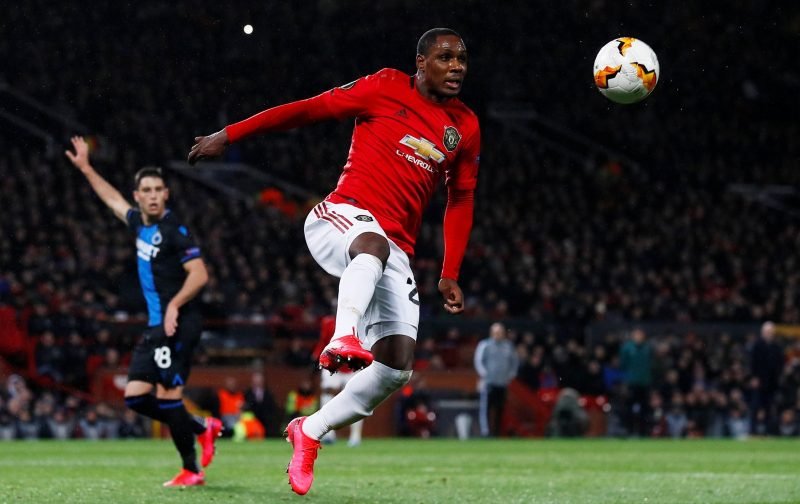 Manchester United could see on loan striker Odion Ighalo leave the club before the end of the season, according to reports.

Ighalo moved to Old Trafford on a temporary deal from Shanghai Shenhua in January.

The Nigeria international has settled in well with the Red Devils, scoring four times in eight matches – all of which have come in his last five appearances.

However, the Independent report that the 30-year-old could’ve played his last game for the club due to the coronavirus outbreak.

Ighalo has settled in well at Old Trafford.

Football has been suspended in England until at least April 30th, but that is looking more and more unlikely as the weeks go by.

And with the ex-Watford striker’s loan deal ending on May 31, United would have to renegotiate an extension with his Chinese parent club.

So if the campaign doesn’t resume before the end of May, there’s a real danger that Ole Gunnar Solskjaer could lose Ighalo for the crucial run-in.

The Red Devils are fifth in the Premier League table, three points behind fourth place Chelsea with nine matches to play.

Solskjaer’s side are also still competing in both the Europa League and FA Cup as they look to secure a first trophy since 2017.