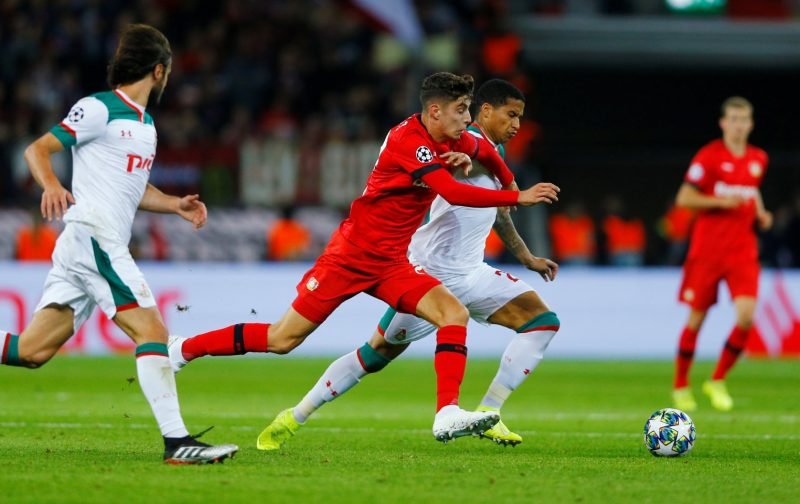 Manchester United could sign 20-year-old midfielder Kai Havertz from Bayer Leverkusen next summer, according to the Daily Star.

The talented midfield player, primarily situates on the right-hand side, an area where United have struggled with Anthony Martial, Marcus Rashford and Daniel James all more potent on the left or down the centre.

Andreas Pereira has been the most used on the right for the Red Devils this season, but despite some decent performances, he is certainly not the long-term answer as he prefers a central role.

According to the Daily Star, United Chief Executive Ed Woodward has made Havertz is number one target and is ‘confident’ of securing the 20-year-old.

Havertz became Leverkusen’s youngest player in Bundesliga history when he made his debut three years ago and has since  established himself as one of the hottest prospects in Europe.

Last season was a real breakthrough, with 17 goals from midfield and being named runner-up to Marco Reus for the German Footballer of the Year award.

The reported fee United are willing to pay for the Germany international is a sizeable £80million, which they feel would be an offer too good to turn down.