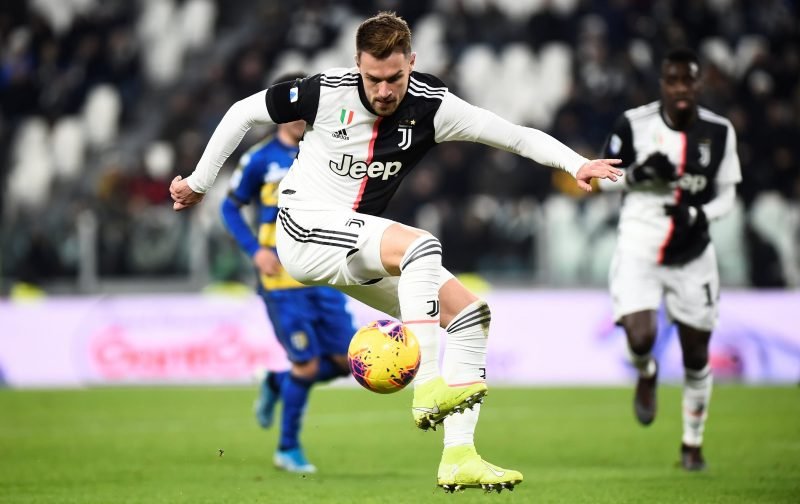 Manchester United could sign Aaron Ramsey this summer following his struggles at Juventus, according to the Manchester Evening News.

If this had been stated six months ago, it would have been instantly dismissed, but looking at both United’s and the player’s current situations, it could be a decent match.

Unfortunately for the Wales international, things have’t worked out quite to plan in Turn, with the midfielder making just 19 appearances since his arrival on a free transfer last summer.

Aaron Ramsey played for the Gunners for over ten years.

Back in England, Man United are sharing similar woes, with a poor and inconsistent midfield thought as the key reason why they sit so far behind the pace of the Premier League leaders.

With Paul Pogba seemingly making a move away from United, and Nemanja Matic’s current deal expiring at the end of June, the MEN are reporting that Ramsey could be a summer target for the North West giants.

They of course had a deal in place to sign a teenage Ramsey from Cardiff City, before the player decided to make the switch to Arsenal.