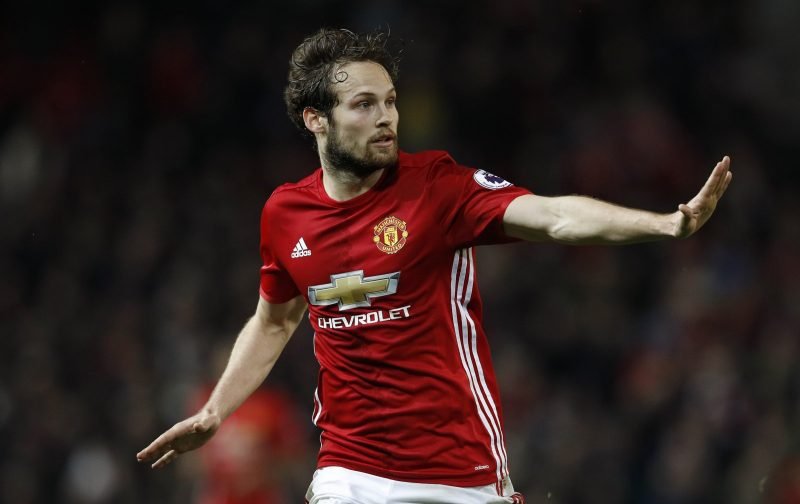 Manchester United defender Daley Blind has reportedly emerged as a summer transfer target for AS Roma, according to Goal Italy.

The Premier League side, who currently sit fifth in the English top-flight standings over the international break, has struggled to nail down a guaranteed starting XI spot for The Red Devils so far this season.

The 27-year-old, who has 42 international caps for the Netherlands, has scored one goal and provided two assists in 29 appearances in all competitions for United this term.

Blind, who was dropped out of the entire matchday squad by manager Jose Mourinho last Sunday during United’s 3-1 win at Middlesbrough, has now been identified as a potential replacement for fellow defender Kostas Manolas at Roma, with reports linking him with a move to Inter Milan.

The Dutchman was brought to Old Trafford back in August 2014 from Eredivisie side Ajax under ex-boss Louis van Gaal, but has since won the FA Cup, EFL Cup and an FA Community Shield with The Red Devils.