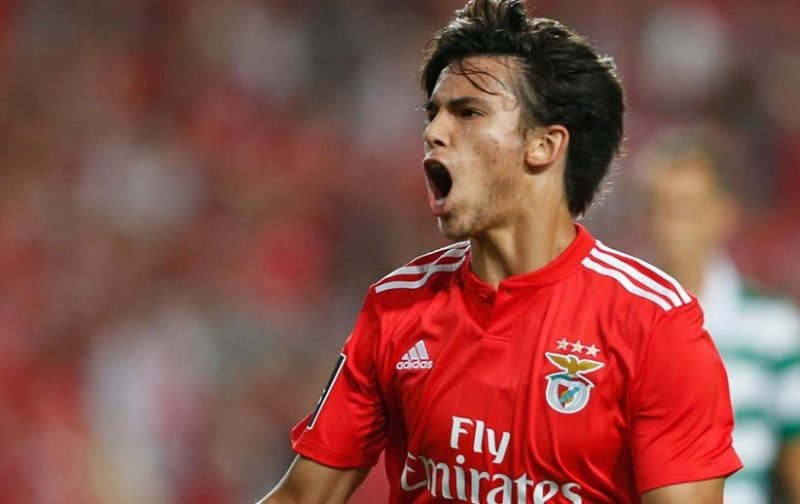 Manchester United have joined the race to sign Liverpool target Joao Felix from Benfica, according to Portuguese outlet CM Jornal.

In his breakthrough season, Felix has scored an impressive six times in 18 appearances for the Eagles.

Reports claimed that the current Premier League leaders had a £60million offer rejected for the playmaker last week.

Now it’s claimed that the Red Devils are scouting the 19-year-old as they decide if they are going to launch a formal bid.

With the recent appointment of Ole Gunnar Solskjaer as interim manager, there is the question as to whether or not United will be willing to spend such a large amount in the January transfer window.

Ole Gunnar Solskjaer has won all seven of his matches in interim charge of Manchester United.

However, Liverpool on the attacking midfielder’s trail there is the potential the Old Trafford club will want to land the starlet ahead of their rivals.

It’s thought the Merseyside club have turned their attentions to the talented teenager due to their decision to not continue to pursue Lyon captain Nabil Fekir.