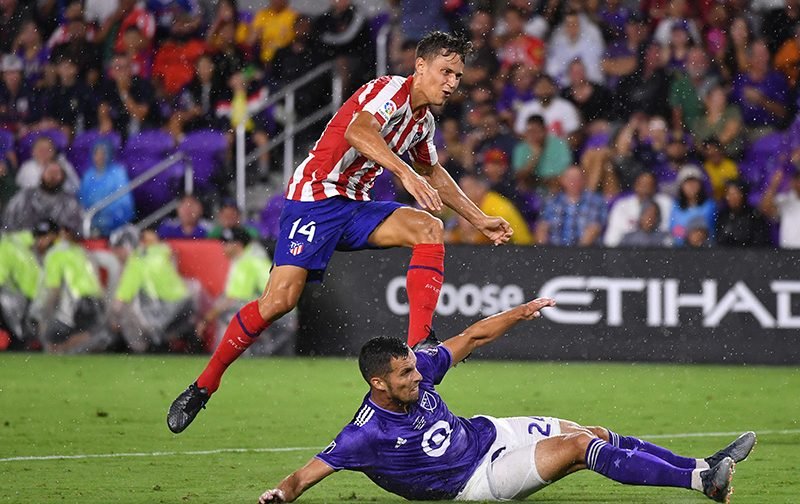 Manchester United are eyeing a loan deal for Atletico Madrid’s Marcos Llorente, according to reports.

Ole Gunnar Solskjaer has is currently without key midfielders Paul Pogba and Scott McTominay due to injury.

And the Manchester Evening News report that the Norwegian would like to sign Llorente as a temporary solution.

It’s claimed that the 24-year-old fits the transfer requirements for the Red Devils who are looking at players in Europe who haven’t had much game time.

The former Spain Under-21 international has started just three La Liga matches since his switch from rivals Real in the summer.

In the two months prior to substitute appearances in the recent Spanish Super Cup semi-final and final, Llorente had played just 16 minutes of football.

But with reports stating United’s head of global scouting, Marcel Bout, has been keeping tabs on the midfielder Atletico may soon receive an offer from the Old Trafford club.