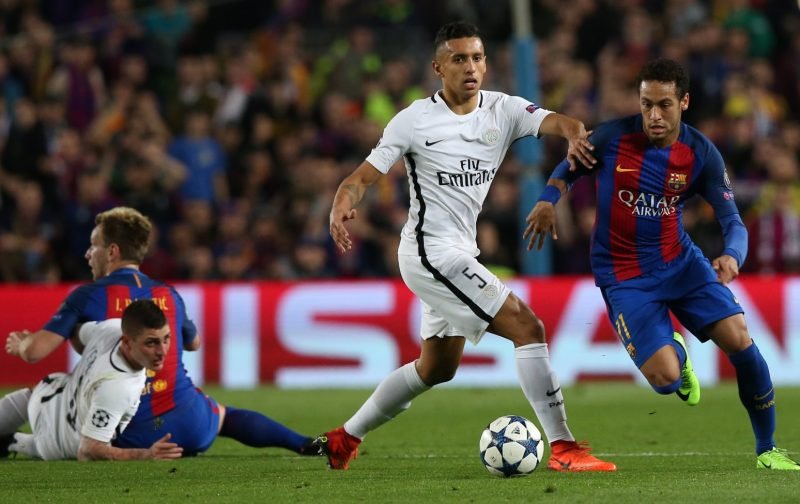 Manchester United are eyeing up a big money move for Paris Saint-Germain’s highly-rated defender Marquinhos, according to Goal.

This makes it even more imperative that the Portuguese strengthens his backline ahead of a likely Premier League title challenge next season, and one man he feels will significantly benefit his side is Brazil international Marquinhos.

And it has been reported that United will offer €70 million for the 23-year-old, which would make him the most expensive defender in world football should a deal be completed this summer.

The 22-year-old has started 24 of PSG’s 34 Ligue 1 games this term in helping Unai Emery’s men sit top of the division, but only three points clear of Champions League semi-finalists Monaco, who themselves have two games in hand.

However, Marquinhos was left out of the side that beat Montpellier 2-0 in the French capital yesterday, and the defender was one of several PSG players blasted for their display in the Champions League loss to Barcelona, where they threw away a 4-0 lead from the first leg to lose 6-1 at the Nou Camp.

The Manchester Evening News report that the 22-year-old would consider a move to Old Trafford, and given how highly-rated he is in France and how well he has performed this season at PSG, it’s a deal Mourinho may look to clinch in the summer.