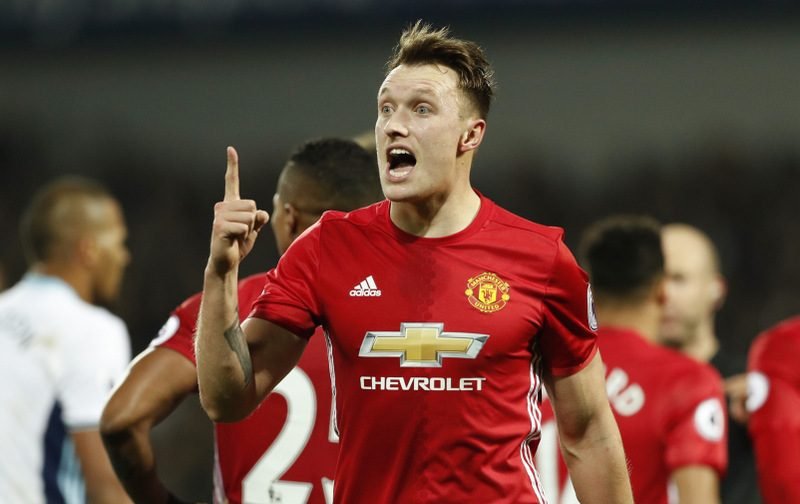 The Football Association have confirmed that defender Phil Jones has been released from the England squad after picking up an injury in training.

The FA add that there are no immediate plans for manager Gareth Southgate to call up a replacement, but with fellow defender Gary Cahill suspended for Sunday’s 2018 FIFA World Cup qualifier against Lithuania, he will assess his options following tomorrow’s fixture.

Jones, who joined The Red Devils from Blackburn Rovers back in June 2011, has been restricted to 22 appearances in all competitions for Jose Mourinho’s side so far this season.

Having already been hampered by a knee injury earlier in the 2016-17 season, the England defender is back on the sidelines after his latest setback, though it comes as little surprise to many Red Devils fans, especially those who took to Twitter…

If Phil Jones was a car pic.twitter.com/EDRbGCMzYR

Phil Jones could kill himself with a crayon.

Phil Jones must be the worlds most clumsiest footballer. #mrbump

Phil Jones injured Need to get rid in summer!!

Phil jones injured in other news water is wet

No sooner had I mentioned him & it’s been reported he was injured. @PhilJones4 was due… It’s been at least a few weeks. #MUFC

I would find it easy to believe that the world is off its orbit if Phil Jones stops getting injured.

Phil Jones injury career has been blighted by the odd bit of football.. #MUFC