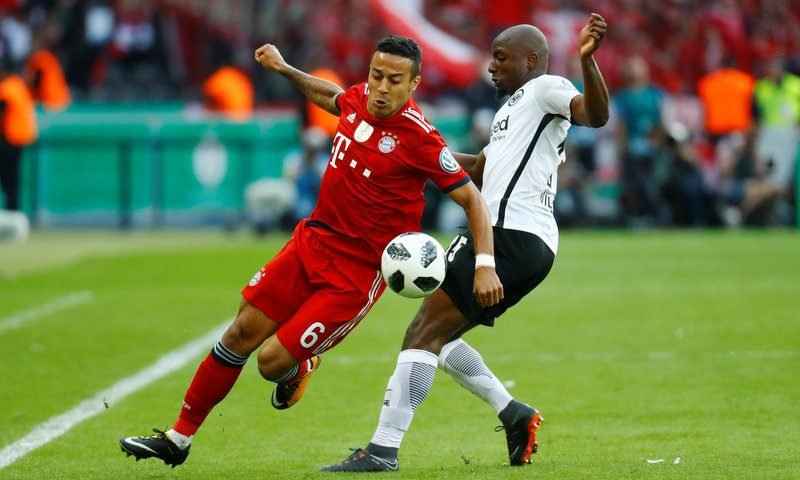 Manchester United have ‘agreed personal terms’ with Thiago as they look to stun Liverpool and sign their top transfer target, according to the Independent.

Spain midfielder Thiago has openly stated he wants to leave European champions Bayern Munich as he looks for a new challenge in his footballing career.

Although, the German club have remained strong on their £28million valuation of their midfielder despite the player only having a year left on his deal.

Jurgen Klopp’s Liverpool have remained firm favourites to sign the talented all-rounder throughout the summer transfer window, but it seems United have other ideas and could swoop late. Klopp has never hidden his admiration for Thiago.

The sticking point seems to be the fee Bayern are after, with both clubs knowing they can sign the Spain international at a cut price in January or for no fee at all come next summer.

However, with many clubs around Europe who would love to have Thiago in their squad, it seems that both United and Liverpool will wait late in the window to attempt to sign the 29-year-old.