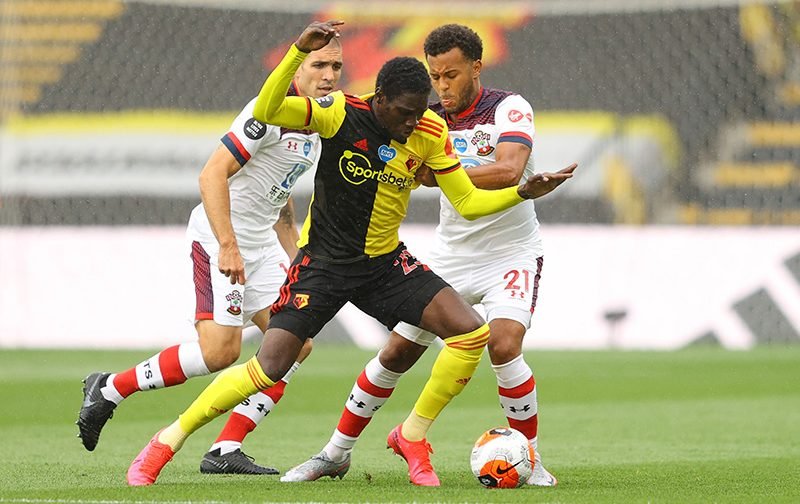 Manchester United have had a transfer deadline day bid rejected by Watford for Ismaila Sarr, according to reports.

The 22-year-old scored five Premier League goals last term but couldn’t save the Hornets from relegation to the Championship.

According to MEN Sport, United attempted to hand the Senegal international a swift return to the top-flight.

However, it’s claimed the Red Devils’ offer of a season-long loan with the option to buy at £25million has been knocked back.

It’s thought that Watford want an outright permanent deal and value the attacker at £45million.