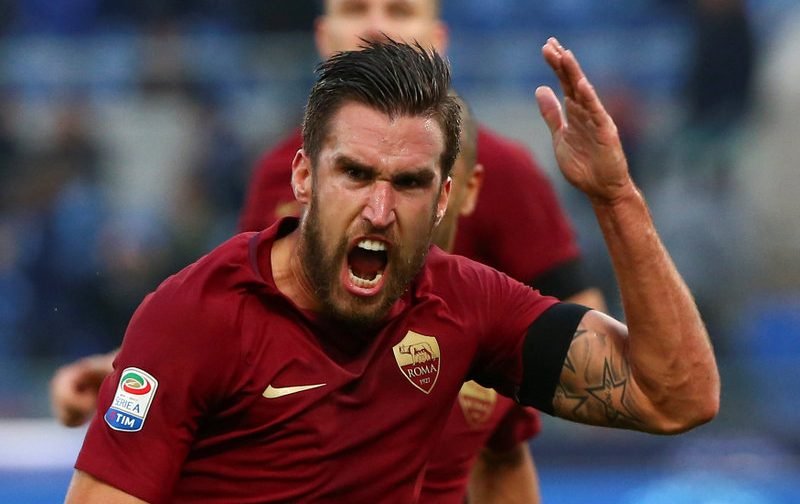 Manchester United are reportedly closing in on their first summer signing, Netherlands international ace Kevin Strootman, according to soccernews.nl.

The Premier League side, who visit league leaders Chelsea in their FA Cup quarter-final clash on Monday night, have been linked with a move for the AS Roma midfielder ahead of the 2017-18 campaign.

The 27-year-old, who has 32 international caps for his country, has scored four goals and provided four assists in 35 appearances in all competitions for the Serie A outfit so far this season.

Strootman, who has previously played for Dutch sides Sparta Rotterdam, Utrecht and PSV Eindhoven prior to his Roma move, is understood to be in ‘advanced talks’ with United about arriving at Old Trafford this summer.

The Dutchman, who is valued at around £35m, has netted 10 goals in 76 games overall for the Italian side since his arrival back in July 2013.

Strootman was heavily linked with a move to The Theatre of Dreams back in 2014 under the management of David Moyes, until a serious knee injury scuppered any potential move.