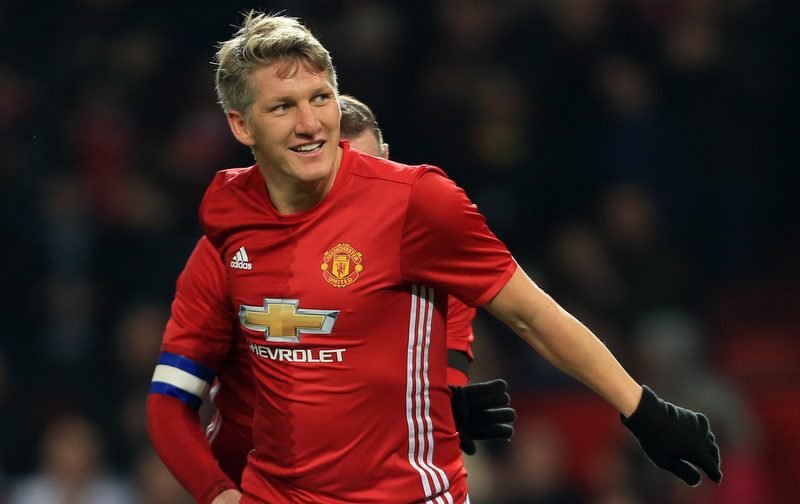 Manchester United are reportedly in talks to offload Bastian Schweinsteiger during the January transfer window, according to the Telegraph.

The Premier League club, who currently sit sixth in the English top-flight standings following last weekend’s 1-1 draw against Liverpool, could agree a deal which will allow the former Germany international to leave Old Trafford this month, becoming the next departure following Memphis Depay’s move to Lyon.

The 32-year-old, who earned 121 international caps for his country and lifted the 2014 FIFA World Cup with Germany in Brazil, has made just two first-team appearances for The Red Devils so far this season.

Schweinsteiger, who arrived at The Theatre of Dreams back in July 2015 following his reported £6.5m switch from Bundesliga giants FC Bayern Munich, is largely out of favour under manager Jose Mourinho this term – failing to feature for United in the Premier League this term.

The report suggests that the ‘Special One’ isn’t against the midfielder staying among his playing ranks for the remainder of the 2016-17 campaign, though the club are understood to be negotiating his future with numerous potential suitors, including Major League Soccer clubs.