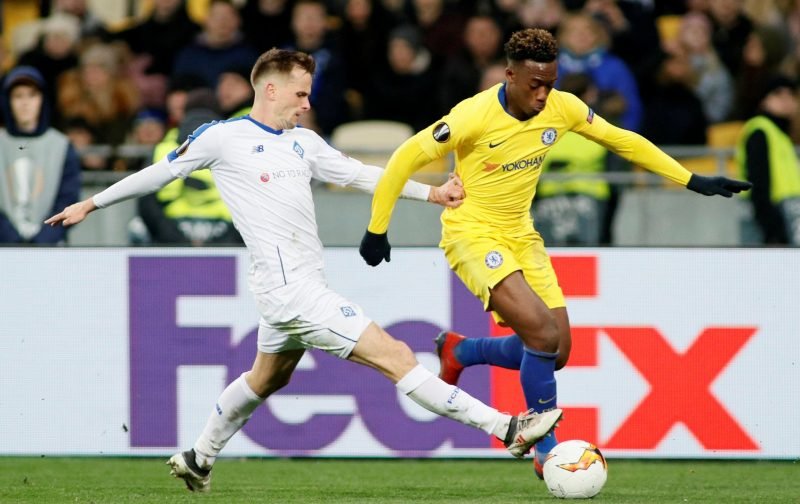 Manchester United have joined the race to sign Chelsea’s Callum Hudson-Odoi, according to the Daily Mail.

Hudson-Odoi rejected the Blues contract renewal offer of £85,000 per week, and his current deal runs out in 2020.

Many of Europe’s biggest clubs are said to be interested in the winger, including Bayern Munich, who made numerous bids in January, Liverpool and Borussia Dortmund.

United boss, Ole-Gunnar Solskjaer, is now reportedly the most recent to express interest, and the 18-year-old would undoubtedly be tempted by the Red Devils, who have a rich history of developing young players. 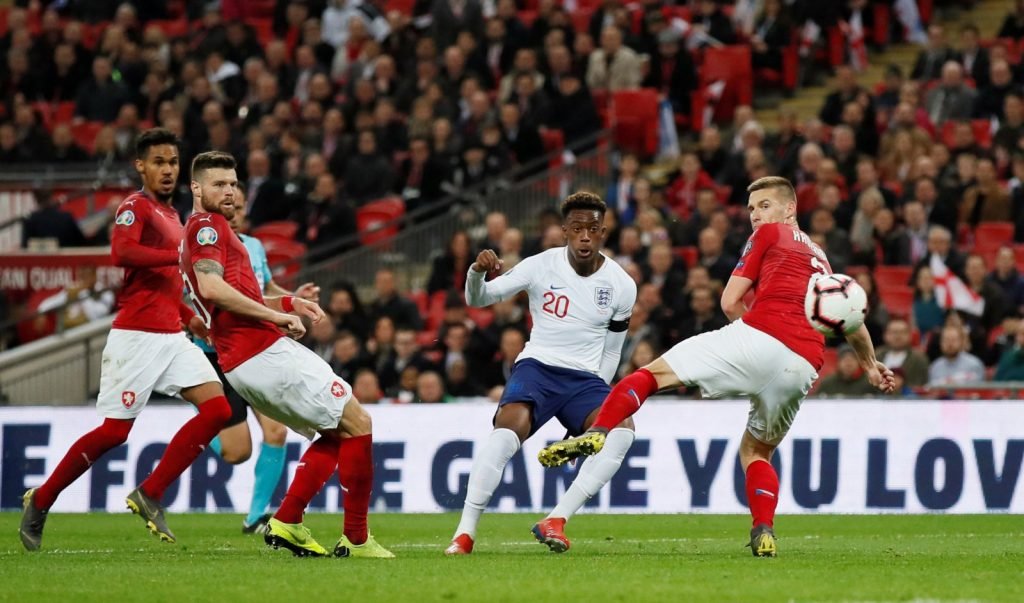 Hudson-Odoi in action on his England debut at Wembley Stadium.

Despite not seeing much game time in the Premier League, the England international has played a big part in Chelsea’s Europa League campaign, starting four games and coming on from the bench in four more.

He is the West London club’s second highest scorer in the competition, having clocked up four goals and two assists in his eight appearances.

Gareth Southgate gave the London-born forward his senior England debut in the European Championship qualifier against Czech Republic on Friday.

With the Three Lions 4-0 up with 20 minutes to go, Hudson-Odoi replaced hat-trick hero Raheem Sterling to become the youngest player to make his England debut in a competitive match.