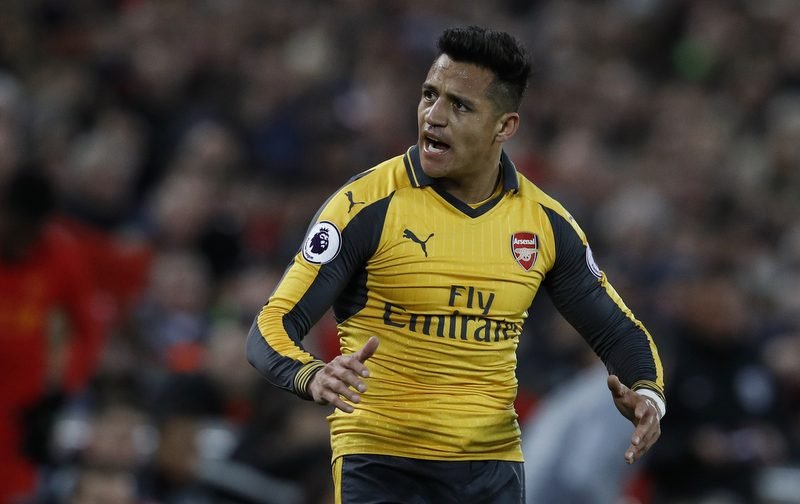 Manchester United could reportedly be interested in luring Chile international forward Alexis Sanchez to Old Trafford, according to the Express.

The Premier League side, who visit Stamford Bridge on Monday night for their FA Cup quarter-final tie with Chelsea, have been linked with an audacious summer swoop for the Arsenal ace.

The 28-year-old, who has 106 international caps for his country, has impressively scored 21 goals and provided 17 assists in 37 appearances in all competitions for The Gunners so far this season.

The report suggests that The Red Devils could switch their attentions to signing the Chilean star if they fail to lure number one transfer target Antoine Griezmann to The Theatre of Dreams from Atletico Madrid.

United are now said to be monitoring Sanchez’s contract situation at Arsenal, with his current deal running out next June (2018).

However, manager Jose Mourinho will face stiff competition for the winger’s signature, with Premier League rivals Chelsea and Manchester City said to be interested too, as well as European outfits Juventus, Atletico Madrid and Paris Saint-Germain.