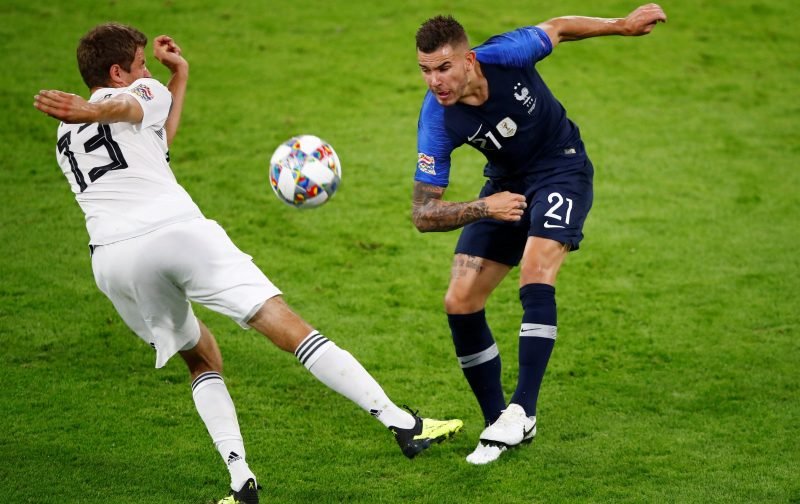 Manchester United have made a massive bid to sign Atletico Madrid defender, Lucas Hernandez, according to Marca.

The 22-year-old is a key member of the Spanish side’s backline and played every match for France of their World Cup winning campaign in Russia.

After missing out on a centre-back in the summer, missing out on Leicester City’s Harry Maguire,  Tottenham Hotspur’s Toby  Alderweireld and Bayern Munich’s Jerome Boateng, boss Jose Mourinho has now turned his attention to the man who can play at centre-back or left back.

It has been reported that the Red Devils have made a ‘dizzying offer’ and are prepared to double the wages of the player who has a £70m buyout clause.

Hernandez, who is also thought to be interesting rivals Real Madrid and Manchester City, has won the Europa League and UEFA Super Cup with Atleti.