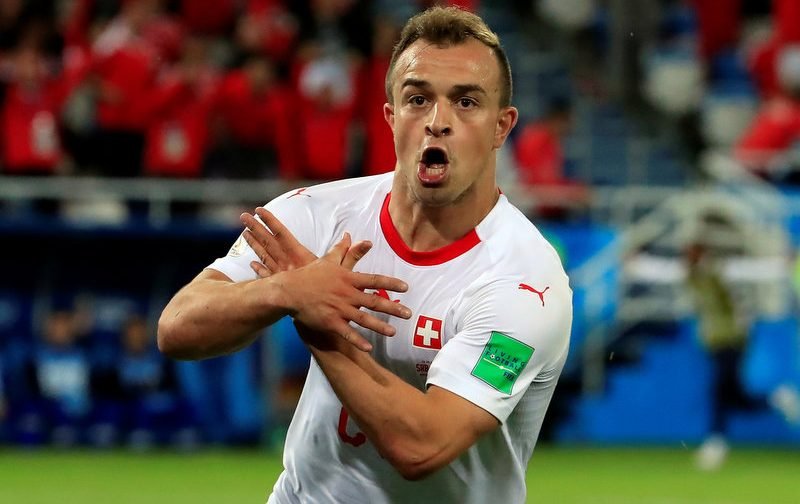 Manchester United are reportedly considering an offer for Switzerland international forward Xherdan Shaqiri, according to The Sun.

The Premier League side, who finished second in the English top-flight table last term, have been linked with a surprising £12m swoop for the Stoke City winger this summer.

The 26-year-old, who has 74 international caps for his country, scored eight goals and provided seven assists in 36 Premier League appearances for The Potters last season, who suffered relegation to the Championship.

Shaqiri, who arrived at the bet365 Stadium back in August 2015 following his club-record £12m move from Inter Milan, has netted 15 times in 92 games overall for the club. 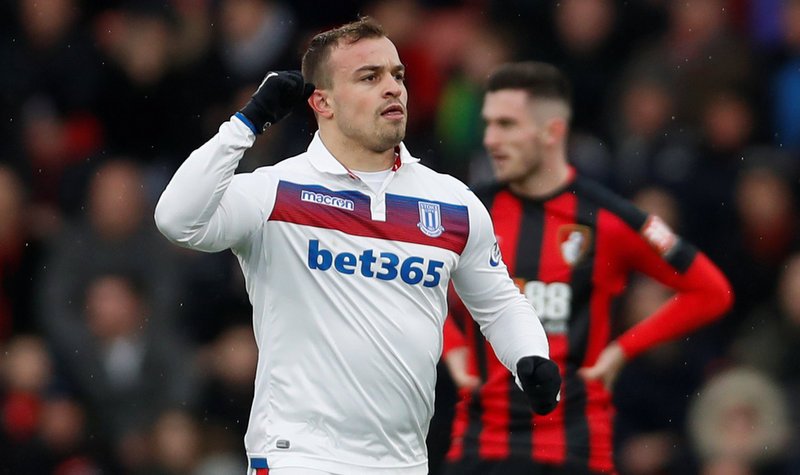 The report claims United manager Jose Mourinho is considering making a bid for the Stoke star ahead of the 2018-19 campaign, with the Swiss international allowed to leave this transfer window.

Shaqiri played in all four of Switzerland’s 2018 FIFA World Cup games this summer, scoring against Serbia in Group E, before they lost 1-0 to Sweden in the last-16 on Tuesday afternoon.

Premier League rivals Liverpool have already been linked with a move for the right winger, who has previously played for the likes of Inter, Bayern Munich and FC Basel, and he himself wishes to return to the top-flight of English football this summer.