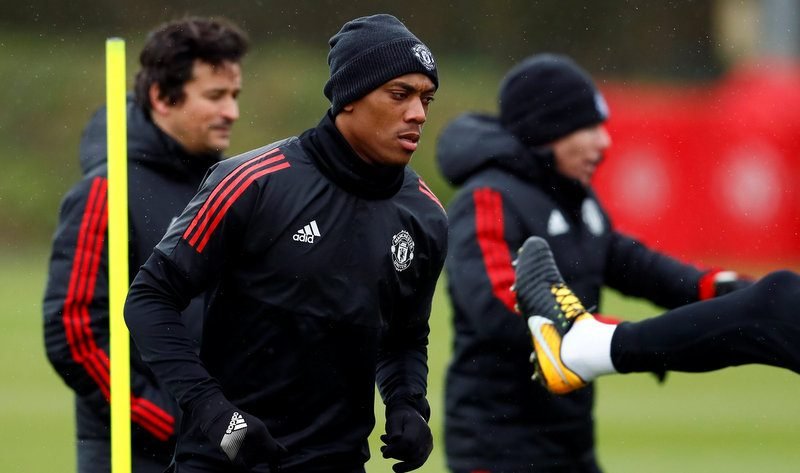 Manchester United are reportedly in talks with Anthony Martial’s representatives over a new long-term contract, according to BBC Sport.

The Premier League side, who suffered a disappointing 3-0 home defeat to the hands of Tottenham Hotspur on Monday night in the English top-flight, were linked with offloading the France international forward before the close of Europe’s main transfer windows this month.

The 22-year-old, who has 18 international caps for his country, has made just one competitive appearance for The Red Devils so far this season, starting United’s 3-2 league loss at Brighton and Hove Albion.

Martial was left out of manager Jose Mourinho’s matchday squad entirely during Monday’s defeat to Spurs.

The left winger, who was not included in France’s World Cup-winning squad earlier this summer in Russia, has scored 36 goals in 137 appearances in all competitions for the Premier League side, following his transfer from AS Monaco back in September 2015, in a deal worth up to £58m.

Despite failing to cement a first-team role under boss Mourinho so far this term, the report claims The Red Devils have begun negotiations with the player’s representatives over extending his deal at The Theatre of Dreams.

Martial is contracted at United until June 2019, and is valued at £58.5m, although United have the option to extend that deal by a further year.

He was linked with moves away from United this summer, with Tottenham making an inquiry, whilst the club turned down approaches from the likes of AC Milan and Atletico Madrid.

Any exit, however, was blocked by executive vice-chairman, Ed Woodward, who believes manager Mourinho can get more out of the former Monaco wonderkid.