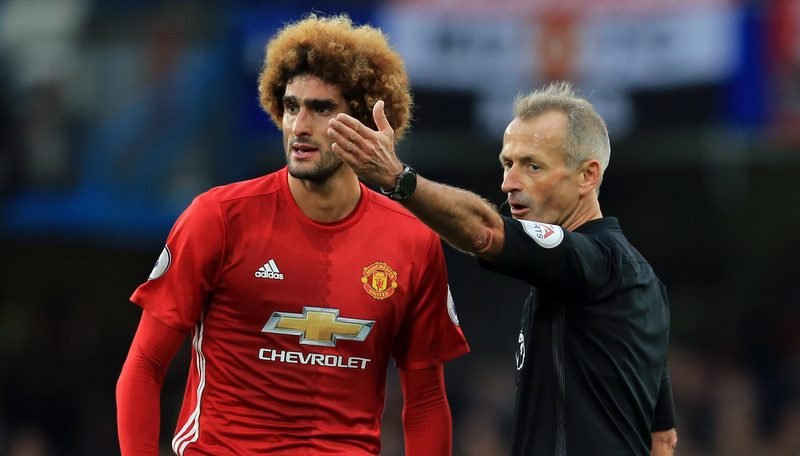 Manchester United are reportedly ready to listen to offers for Belgium international star Marouane Fellaini, according to the Daily Mail.

The Premier League side, who currently sit sixth in the English top-flight table following Sunday’s 1-1 draw at Goodison Park against Everton, are looking to offload the central midfielder ahead of the forthcoming January transfer window, but are not interested in agreeing a loan deal.

The 29-year-old, who has 75 international caps for his country and featured for Belgium at Euro 2016 earlier this summer, has failed to score in 14 appearances in all competitions for the Red Devils so far this season.

Fellaini, who arrived at Old Trafford back in September 2013 following his £27.5m switch from Premier League rivals Everton, is understood to be attracting interest from West Ham United, who hover just one point above the relegation zone after their opening 14 fixtures.

Although the Belgian ace is featuring under United boss Jose Mourinho at this moment in time, the report suggests the club are looking to upgrade their midfield ranks within the next 12 months, a process which started with Paul Pogba’s £89m return to The Theatre of Dreams this summer.

The Red Devils will look to recoup around £20m for Fellaini’s services.