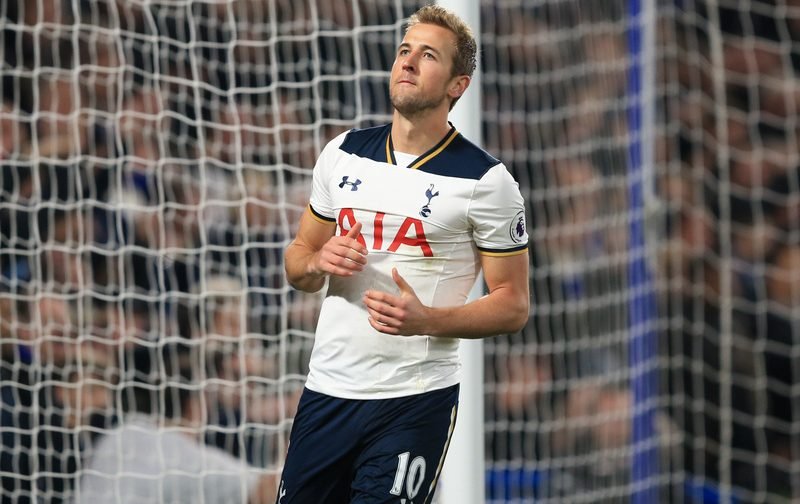 Manchester United are reportedly ready to stump up a whopping £80m to sign England international forward Harry Kane this summer, according to Calciomercato.

The Premier League side, who came from behind to defeat newly promoted Middlesbrough 2-1 at Old Trafford on New Year’s Eve, have been linked with a mega money move for Tottenham’s star striker at the end of the current 2016-17 campaign.

The 23-year-old, who has 17 international caps for the Three Lions, has impressively scored 12 goals and provided two assists in just 17 appearances in all competitions for Spurs so far this season.

Kane, who came through the North London outfit’s youth ranks, scored another brace in Tottenham’s 4-1 rout at Watford on New Year’s Day.

The report suggests that Premier League rivals United are prepared to spend £80m to lure the Englishman to Old Trafford, a fee just £9m short of the world record transfer they completed for midfielder Paul Pogba from Juventus last summer.

Kane, who only signed a new deal with Spurs back in November, keeping him at White Hart Lane until June 2022, is wanted by Red Devils boss Jose Mourinho as a long-term replacement for Zlatan Ibrahimovic.