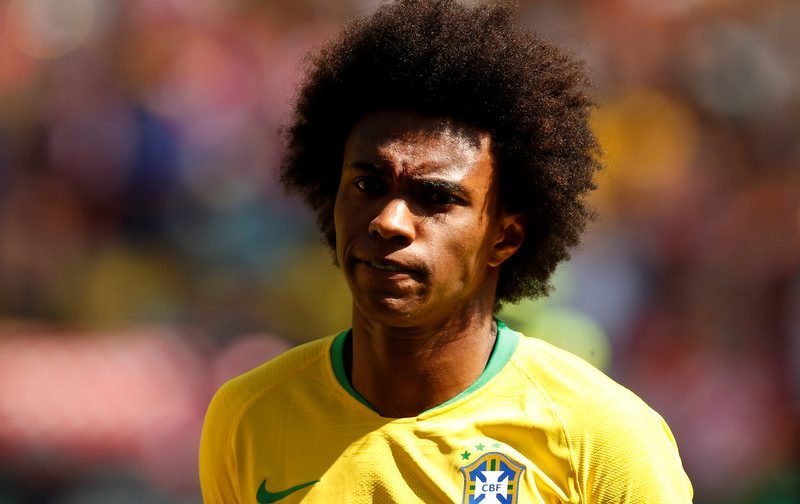 Manchester United are reportedly plotting a £60m raid for Brazil international forward Willian, according to the Daily Mail.

The Premier League side, who will welcome Leicester City to Old Trafford during the opening weekend of the 2018-19 top-flight campaign, have been strongly linked with a mega money move for the Chelsea star this summer.

The 29-year-old, who has 58 international caps for his country, scored 13 goals and provided 12 assists in 55 appearances in all competitions for The Blues last season.

Willian, who played the full 90 minutes during Brazil’s 2018 FIFA World Cup opening 1-1 draw against Switzerland on Sunday, has netted 44 goals in 236 games overall for Chelsea since arriving from Anzhi Makhachkala back in 2013 for an estimated £30m. 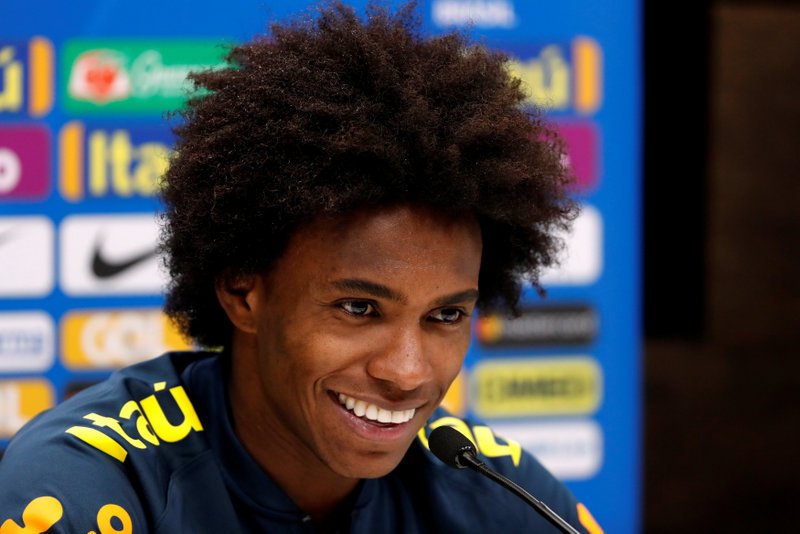 Brazil’s Willian during a press conference.

The report claims Red Devils manager Jose Mourinho is keen on securing a reunion with the right winger, for whom he signed for Chelsea five years ago, and he is preparing a £60m bid for the Samba star.

Willian was crowned Chelsea’s Players’ Player of the Year last month, despite being restricted to 20 Premier League starts under boss Antonio Conte at Stamford Bridge.

He is contracted with The Blues until June 2020.