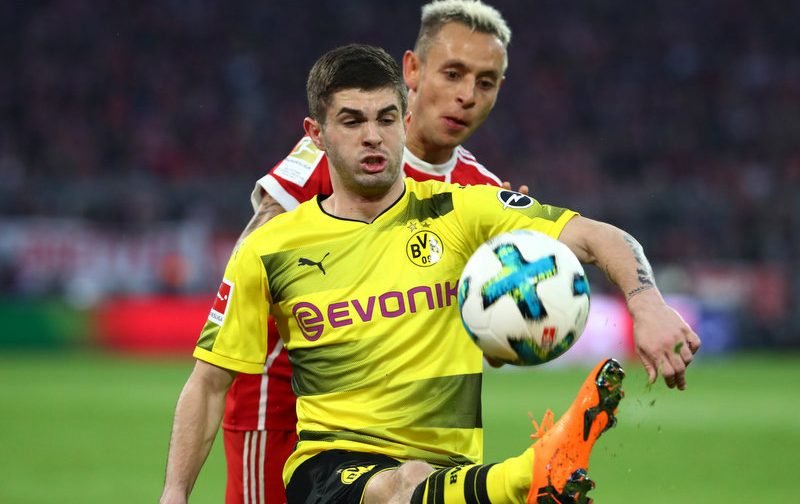 Manchester United are reportedly preparing an offer for United States of American international starlet Christian Pulisic, according to the Mirror.

The Premier League side, who visit West Ham United at the London Stadium on Thursday night (19:45), have been linked with a summer swoop for the highly rated Borussia Dortmund winger this summer.

The 19-year-old, who has 20 international caps for his country, has scored five goals and provided seven assists in 41 appearances in all competitions for the Bundesliga outfit so far this season.

Pulisic, who used to be in the youth team of English non-league side Brackley Town, has netted 12 goals in 96 games overall for the German club. 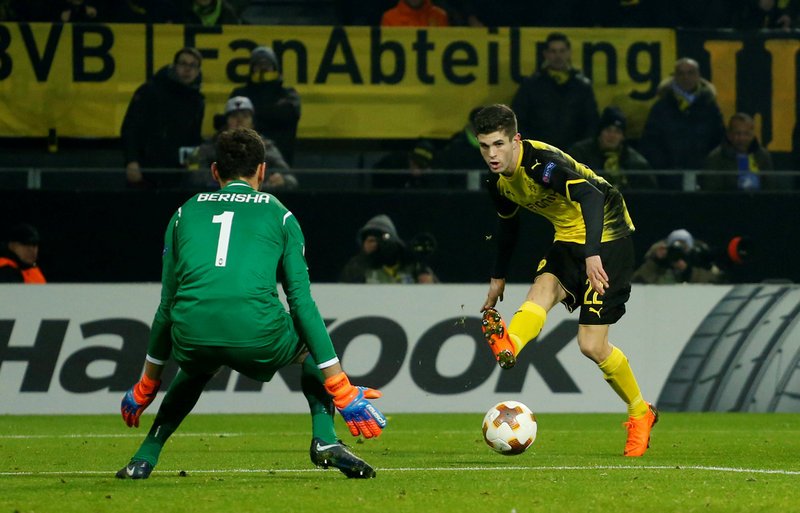 The report claims United are willing to include France striker Anthony Martial as part of a deal to lure the USA forward to Old Trafford this summer.

Manager Jose Mourinho has grown frustrated with 22-year-old Martial’s performances this campaign, despite finding the back of the net 11 times in 44 outings this term, and is ready to part with the former AS Monaco wonderkid in a bid to bring in Pulisic.

The right winger is thought to be valued at £40m, and is also said to be a transfer target for Premier League rivals Arsenal, Chelsea and Liverpool.

Meanwhile Martial arrived at The Theatre of Dreams back in September 2015 following his move from Monaco, in a whopping deal worth up to £58m, and has scored 36 goals in 135 games overall for United.