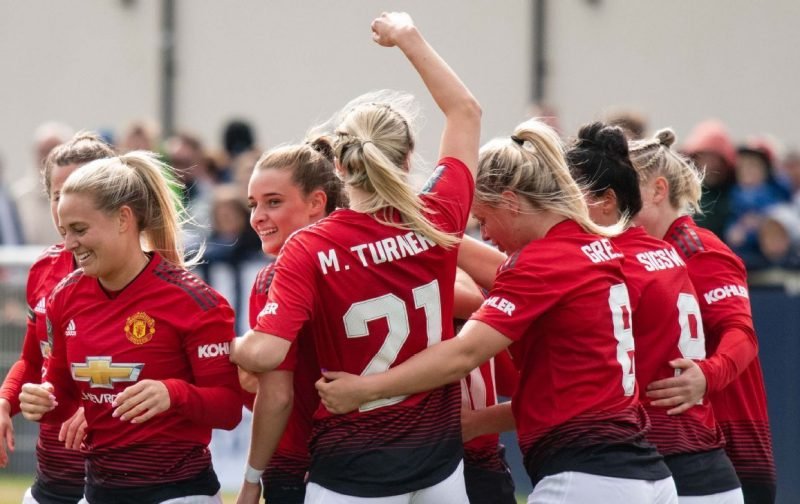 The result, which extends the Red Devils’ lead over Tottenham at the top of the Women’s Championship to seven points, means that they are guaranteed a top-two finish.

Goals from Millie Turner, Alex Greenwood, Jess Sigsworth, Ella Toone and Charlie Devlin made sure it was a historic night for a team in its first season. 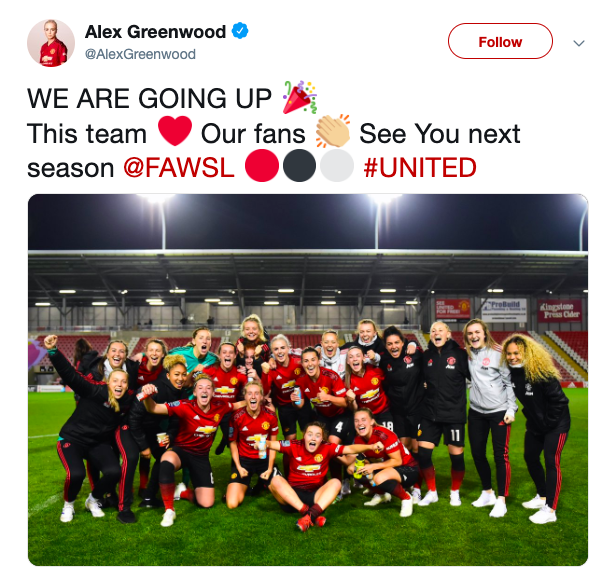 The club still have to meet the Football Association’s criteria before a place in next season’s top tier is signed and sealed but it is expected that there will not be any issues.

Managed by former England defender Casey Stoney, United are the only full-time club in what is on the whole a part-time league.

With 81 goals and 15 wins from 15 matches, they will be confident of taking the WSL, where they will replace relegated Yeovil Town, by storm next term.

First though, Stoney will have her side focussed on beating Crystal Palace this weekend as just three points are needed to win the title.