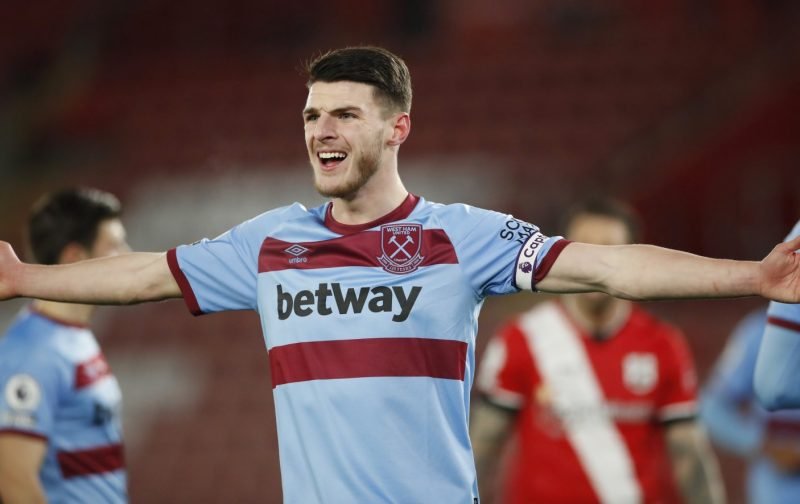 Manchester United sit top of the Premier League for the first time since 2017.

Ole Gunnar Solskjaer’s side are on an 11-match unbeaten run in the top-flight which has taken them three points clear of Liverpool, who they face on Sunday.

There’s always speculation surrounding the Red Devils whenever a transfer window is open.

With the squad performing well, it seems unlikely there will be any other incomings following the arrival of young forward Amad Diallo from Atalanta.

However, looking ahead to the future, ESPN report that United could make a summer move for West Ham United star Declan Rice. 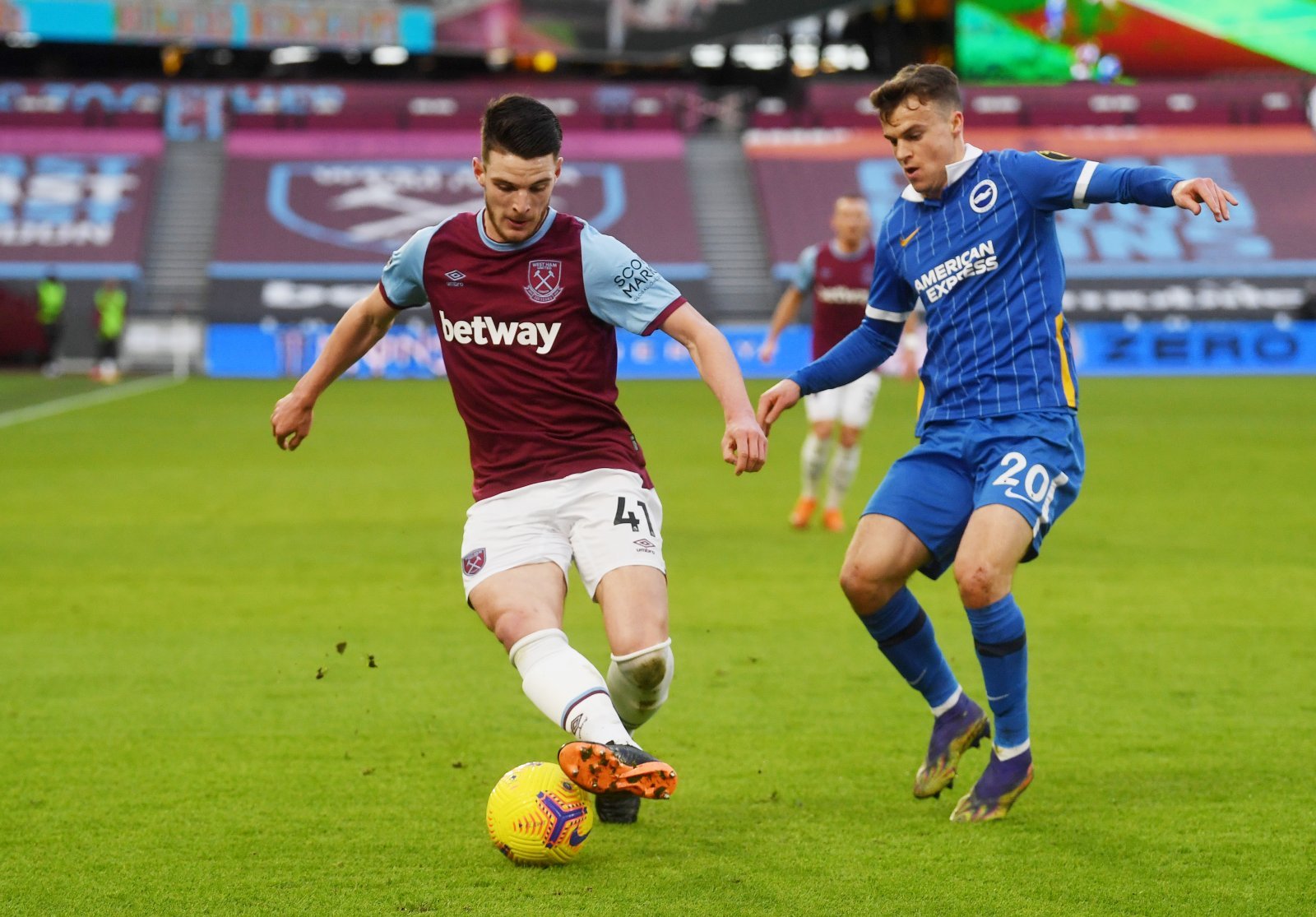 Rice has been in great form this season.

The 22-year-old has been in top form for the Hammers this season and has captained the side when Mark Noble has not been in the first XI.

It’s thought that a defensive midfielder is on Solskjaer’s list of targets and that Rice is an option.

However, the current Premier League leaders would face fierce competition for the England international with Chelsea reportedly in pole position for his signature.

Whether it’s Old Trafford or Stamford Bridge, with Rice’s contract not expiring until 2024 it’s thought that West Ham are looking for a transfer fee in the region of £70million.