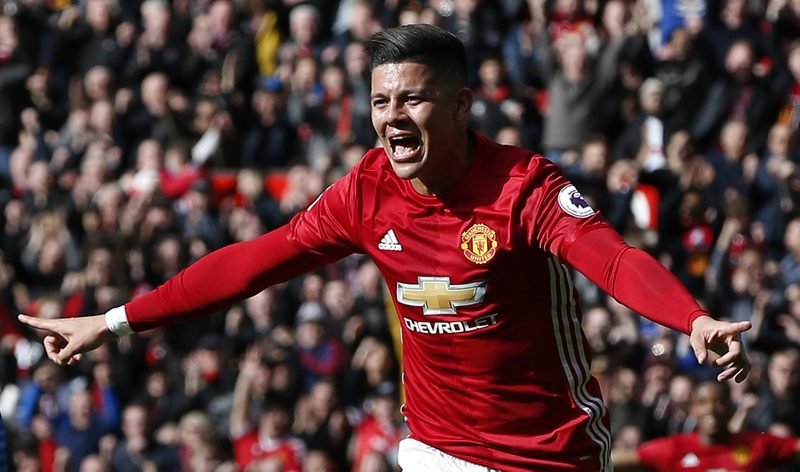 Manchester United are reportedly set to offer Argentina international defender Marcos Rojo a new deal, according to The Sun.

The Premier League side, who defeated Middlesbrough 3-1 at the Riverside Stadium on Sunday afternoon to move up to fifth spot in the top-flight standings, are ready to reward the centre-half with a 12-month contract extension following his solid performances this term.

The 27-year-old, who has 52 international caps for his country, has scored one goal and provided one assist in 35 appearances in all competitions for The Red Devils so far this season.

Rojo, who arrived at Old Trafford back in August 2014 following his reported £16m switch from Sporting Lisbon, has impressed manager Jose Mourinho with his displays and attitude.

The report suggests the Premier League club will hand the Argentine another 12-months on his current £100,000-a-week contract, which expires in June 2019, keeping him tied down at The Theatre of Dreams until 2020.

A club source told the report, “Jose has been impressed by his desire and attitude and is happy for him to stay.

“They will all sit down at the end of the season and discuss it. Rojo also has no issues with remaining.”