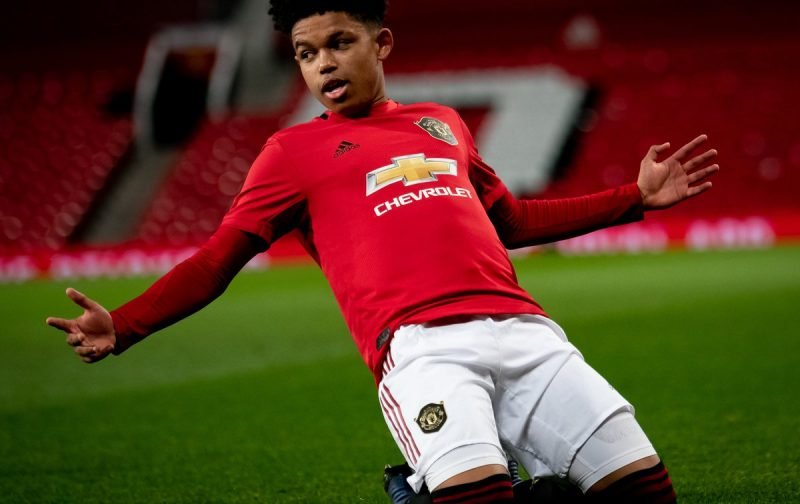 Manchester United youngster Shola Shoretire has signed scholarship forms with the club, according to reports.

The 16-year-old is highly-rated by staff at Old Trafford and has made 12 appearances for the club’s Under-18s this term.

Amid interest from a number of European clubs, The Athletic report, that he has signed a pre-contract agreement to turn pro on his 17th birthday on February 2 next year.

He also became the youngest ever United player to ever appear in an official youth league or cup game when he played in the UEFA Youth League at the age of 14 years, 10 months and 10 days old.

At international level, the exciting talent has represented England at Under-16 level but is also eligible to play for Nigeria.