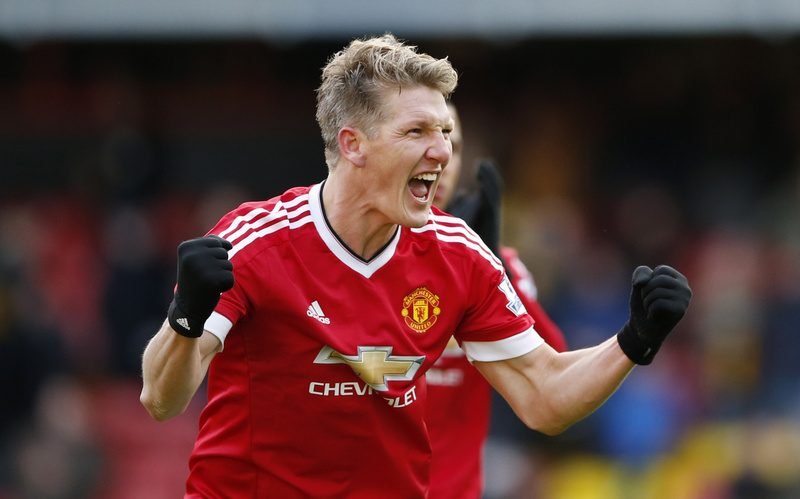 In the wake of Bastian Schweinstieger’s move from Manchester United to Chicago Fire, an array of footballing stars have taken to social media to wish the much loved midfielder all the best with his American switch.

The 32-year-old, who played 121 times for his country and lifted the the 2014 FIFA World Cup in Brazil, has scored just one goal and provided an assist in four first-team appearances for The Red Devils so far this season.

Schweinsteiger, who has agreed a one-year contract with the American outfit, netted twice in 35 games for United following his arrival from Bundesliga giants Bayern Munich back in July 2015.

Fire requested for the German to join them immediately, which United have agreed to, having not played Schweinsteiger since February 22 against AS Saint-Etienne in the UEFA Europa League.

Thanks to all fans, the whole staff and my teammates of @ManUtd! I will never forget my time with the club, but now it’s time for a change! pic.twitter.com/zYn2o5Cjsk

The central midfielder took to Twitter himself (Above) this morning to thank Red Devils fans for their support during his spell at Old Trafford, but he wasn’t the only star to take to social media, with fellow team-mates congratulating the former Bayern star on his latest transfer.

Captain Wayne Rooney paid a personal tribute to the German:

Good luck @BSchweinsteiger on the next chapter of your special career. All the best mate pic.twitter.com/ytLFwiKOv7

Forward Anthony Martial thanked the experienced midfielder for his words of wisdom:

All the best SCHNACK Hope you enjoy the next chapter of your journey mate pic.twitter.com/O1A8bIsMyX

Youngster Timothy Fosu-Mensah posted a photo of himself alongside Schweinsteiger on the touchline:

Thanks for everything Bastian! Good luck the rest of your career. @BSchweinsteiger pic.twitter.com/6IFzBwTUdn

And finally, away from Old Trafford, fellow German and ex-Bayern team-mate, Thomas Muller, weighed in with a message of support: