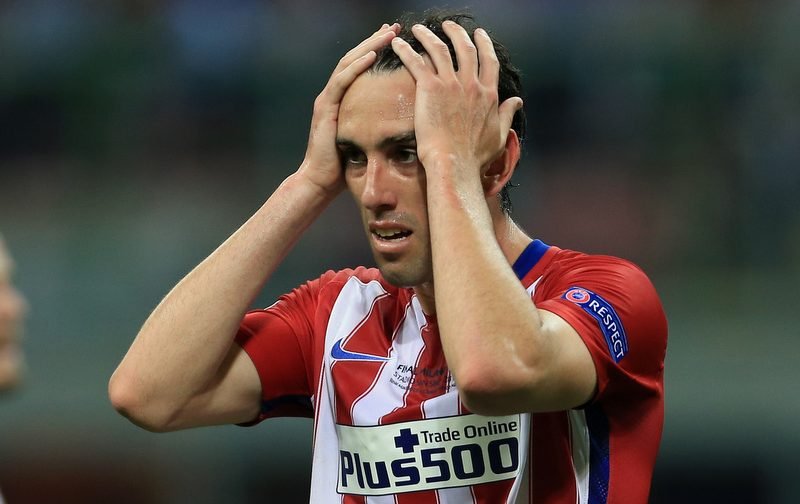 Manchester United are reportedly interested in signing Uruguay international defender Diego Godin, according to the Mirror.

The Premier League side, who fought Tottenham at Old Trafford in the English top-flight this afternoon, have been linked with a move for the Atletico Madrid centre-half ahead of the forthcoming January transfer window.

The 30-year-old, who has 106 international caps for his country, has scored one goal in 19 appearances in all competitions for the La Liga outfit so far this season.

Godin; who has also featured for Spanish rivals Villarreal, is wanted by Red Devils boss Jose Mourinho to bolster his side’s defensive ranks next year, having won just five of their opening 14 league fixtures this term.

The Uruguayan ace, who won the La Liga title with Atletico during their remarkable 2013/14 campaign, has played 277 times for Diego Simeone’s side since arriving at the Vicente Calderon Stadium back in August 2010.

Godin’s current deal with Atletico expires in the summer of 2019.