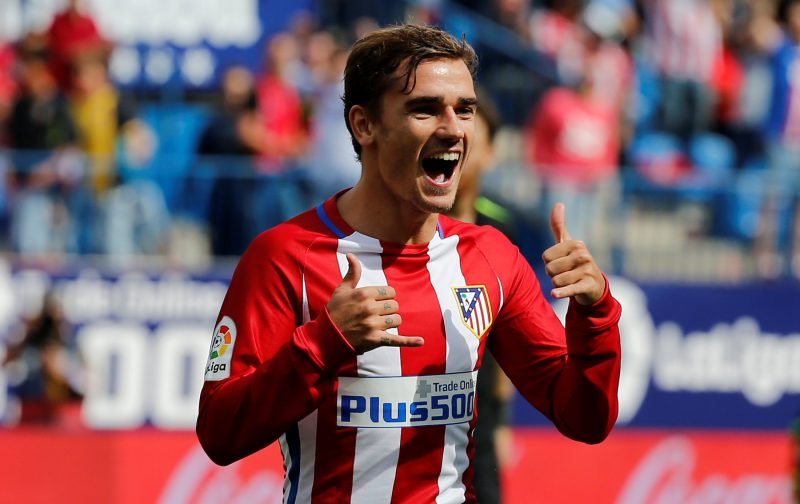 With Manchester United looking well on their way to returning to their former-selves under the guise of Jose Mourinho, fans are beginning to dream of just how good their side could be in years to come.

One signing seems nailed on in the minds of many is that of Atletico Madrid star Antoine Griezmann, who has been repeatedly linked with a move to Old Trafford.

With the future of both Zlatan Ibrahimovic and Wayne Rooney up in the air, fans in the red half of Manchester see the France international as a long-term solution.

The player of the tournament from last summer’s European Championships in his home country has kept United fans excited with his sterling performances for the La Liga side.

He was no different in Diego Simeone’s side’s 1-1 draw with Deportivo La Coruna on Thurdsday night. With Atletico one down, the 25-year-old took it upon himself to get the team back in the game and, after some clever play in the opposing half struck a sensational effort into the top corner.