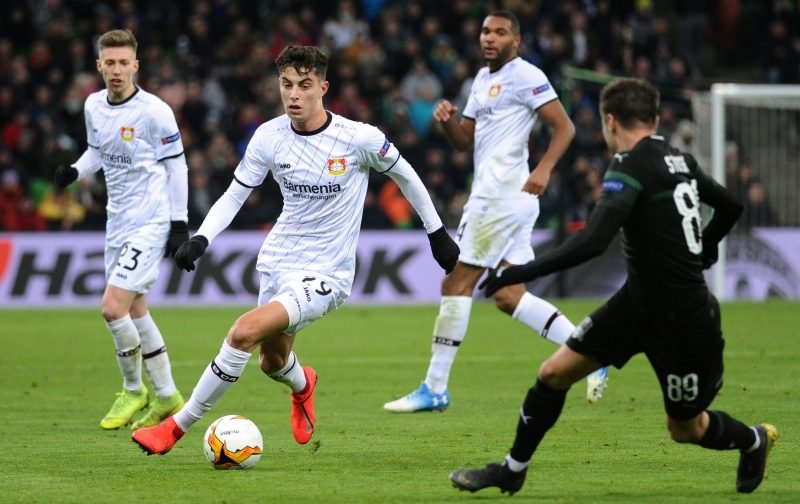 Manchester United target Kai Havertz has landed Ole Gunnar Solskjaer a blow ahead of a potential January transfer, according to the SkySports.

The North West side have been reported to be interested in the young Germany international, but SkySports have suggested Havertz wants to stay put at Bundesliga outfit Bayer Leverkusen until the end of the season.

Ole Gunnar Solskjær will be hoping for plenty of transfer activity at Old Trafford this January.

Scoring 20 goals from midfield last season and already making six appearances for his country, the 20-year-old is regarded as one of the hottest prospects in Europe.

It is not just Solskjaer and United who were after his signature, with other Premier League outfits Chelsea, Tottenham and Liverpool all tracking the youngster.

As much as it’s a blow to United and their fans, it seems a sensible decision from Havertz, who is clearly developing at a great rate Germany.