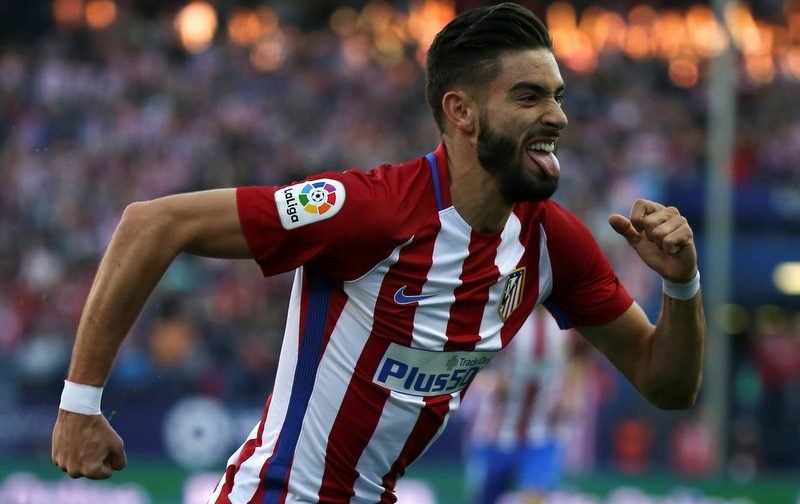 The 23-year-old has had a stunning season with the Spanish giants this term, netting 14 goals and laying on four assists in 45 appearances in all competitions, including ten in just 30 La Liga matches.

The Belgium international was the star of the show as Diego Simeone’s men saw off basement side Osasuna 3-0 on Saturday, with Carrasco bagging a brace, and his excellent form this season appears to have attracted United boss Jose Mourinho.

The Portuguese will certainly be looking to bolster his squad at Old Trafford this summer after a testing first campaign in the job, in which his side sit fifth in the Premier League, are into the last eight of the Europa League, and indeed won the League Cup back in February.

And qualification for the Champions League next term looks set to be crucial in their chances of landing Carrasco in the summer, with the 23-year-old having had a taste of the competition with Atletico by reaching the final last season.

The attacker only signed a new deal at the Spanish side back in October, which sees him tied down until the summer of 2022, so United would have to stump up quite the sum to persuade Atletico to part with one of their star performers.