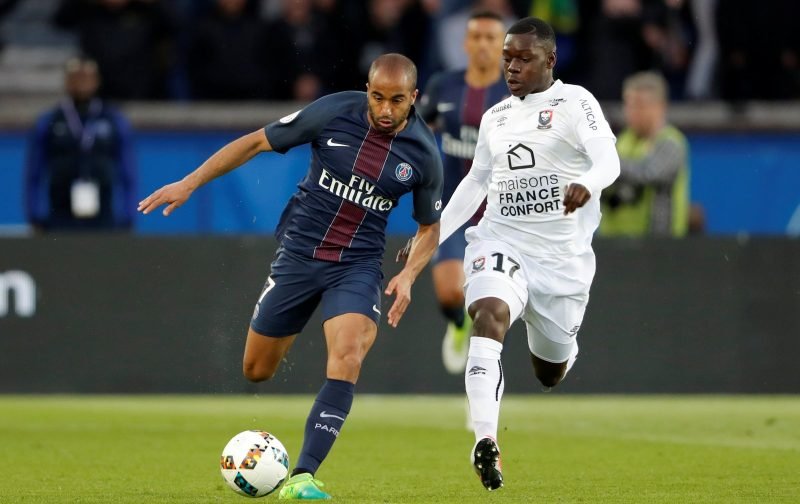 The 24-year-old has enjoyed a fine season in the French capital, netting 19 goals and laying six assists as Unai Emery’s side came up just short in their Ligue 1 title challenge, finishing second and eight points behind champions AS Monaco.

This was Moura’s best season in front of goal, and Emery will again be hoping that the Brazil international is near his best this afternoon when they take on Angers in the Coupe de France final, as PSG look to conclude a disappointing campaign on a high.

And it may also be the young winger’s final game for the club, as Jose Mourinho’s United are reportedly eyeing up a deal for the 24-year-old this summer.

The Red Devils may well have won two trophies this term, the League Cup and Europa League, but Portuguese boss Mourinho will have to improve their Premier League form next term, given they finished sixth and a hefty 24 points behind champions Chelsea.

And that means that United may have to spend big this summer to get the plethora of top talent through the doors at Old Trafford, and they appear to be wasting little time as they have reportedly already contacted PSG with regard to signing Moura.

And he could be exactly the sort of player that helps take the Red Devils to the next level in the years to come.