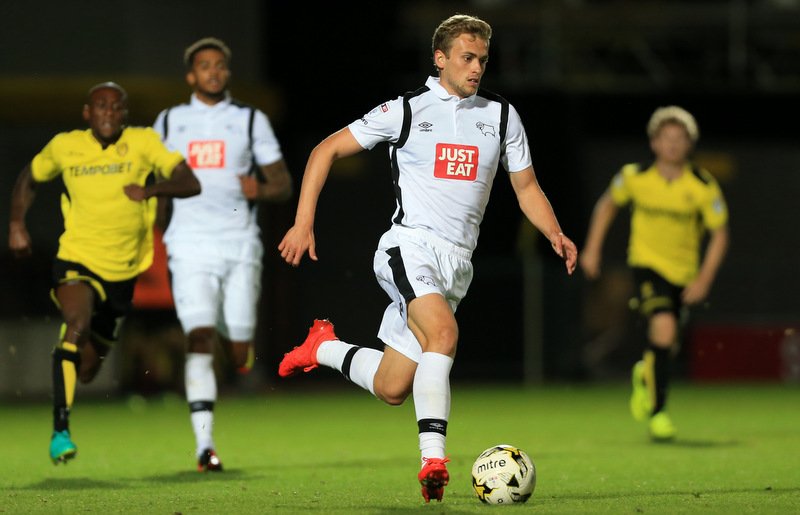 Manchester United forward James Wilson has returned to Old Trafford after the club agreed to cancelling his loan at Derby County.

The Premier League side, who were left frustrated in their goalless draw against Hull City on Wednesday night, leaving them 14 points adrift of league leaders Chelsea, have mutually agreed to terminate the forward’s season-long loan deal at the Championship outfit.

The 21-year-old, who is a former England Under-21 international, has failed to score in four appearances for The Rams this season, although he scored for their Under-23 side this term.

Wilson, who suffered a significant knee injury back in October which ruled him out for several months, scored for Derby during October’s EFL Trophy fixture against League Two opponents Doncaster Rovers.

Having returned to Old Trafford to undergo surgery last year, the striker is still working his way back to fitness.

Derby said in a club statement on their website, “Derby County would like to take this opportunity to wish James a successful return to fitness and every success in the future.”