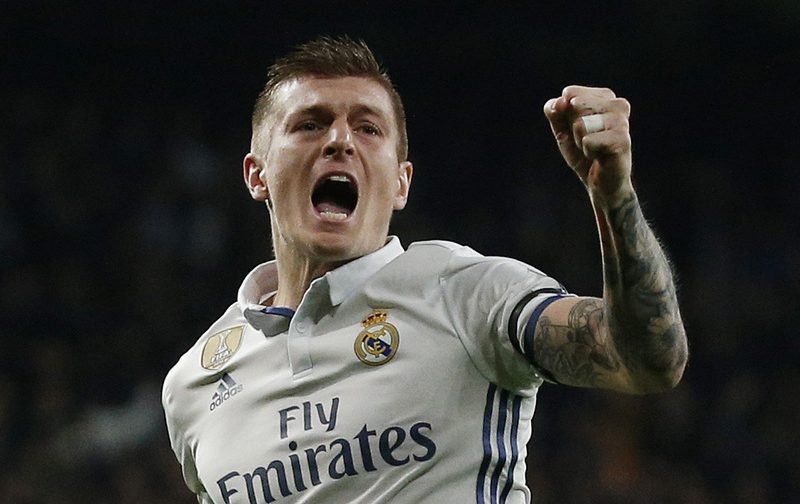 Manchester United are reportedly ready to test Real Madrid’s resolve over midfielder Toni Kroos this summer, according to the Independent.

The Premier League side, who face Southampton in the 2017 EFL Cup final at Wembley Stadium on Sunday, have been continuously linked with a move for the Germany international in recent transfer windows.

The 27-year-old, who has 74 international caps for his country, has scored two goals and provided 12 assists in 30 appearances in all competitions for the La Liga giants so far this season.

Kroos, who arrived at the Bernabeu back in July 2014 following his move from Bundesliga champions FC Bayern Munich, choose Madrid over United that summer, despite then manager David Moyes revealing the player had agreed terms on a transfer to Old Trafford.

The central midfielder, who was part of the Germany squad that lifted the 2014 FIFA World Cup in Brazil, has scored five goals in 129 goals for Madrid overall, winning the UEFA Champions League last term.