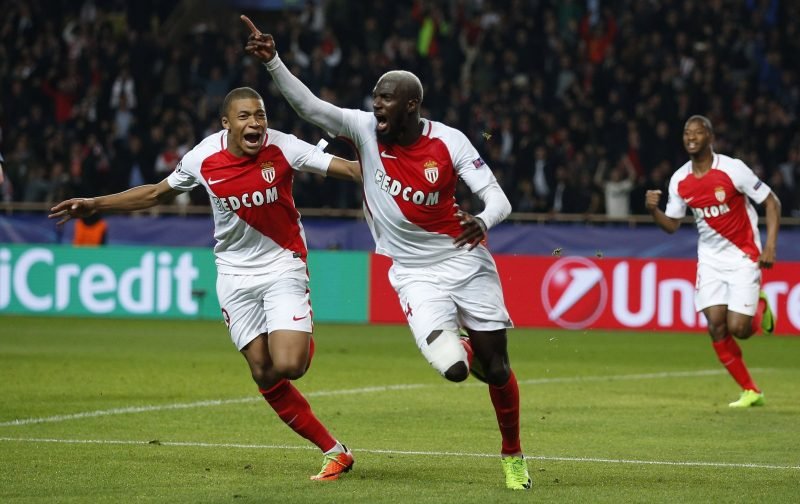 Premier League giants Manchester United are keeping tabs on the Monaco duo of Tiemoue Bakayoko and Kylian Mbappe, according to ESPN.co.uk.

Jose Mourinho’s side edged through to the Europa League quarter-finals on Thursday night following a 2-1 aggregate success over FC Rostov, while a day earlier their neighbours Manchester City were being knocked out of the Champions League by Leonardo Jardim’s Monaco.

And, according to ESPN, United’s head scout Marcel Bout was in attendance at the Stade Louis II to keep a close eye on midfielder Bakayoko and forward Mbappe, with both finding the net in the Ligue 1 leaders’ 3-1 win over Pep Guardiola’s side, a result which saw the French side go through on the away goals rule.

The Red Devils are clearly looking to strengthen after a frustrating Premier League campaign which has seen Mourinho’s men fail to launch a telling title challenge, and one that could see them miss out on the top four having won half of their 26 league games.

And based on their displays on Wednesday night, and indeed over the course of the campaign, the Monaco duo would certainly bolster Mourinho’s options at Old Trafford, and given that Bakayoko is 22 and Mbappe 18, they would also be stars for the future.

France Under-19 international Mbappe has netted ten goals in 21 Ligue 1 games this season, including seven in his last six appearances, while Bakayoko has been one of their highest performers this term.

With Spanish giants Real Madrid and Barcelona also interested in forward Mbappe, and United’s neighbours City thought to be tracking Bakayoko, Mourinho and his team will have to act fast if they are to bring the highly-rated duo to Old Trafford.