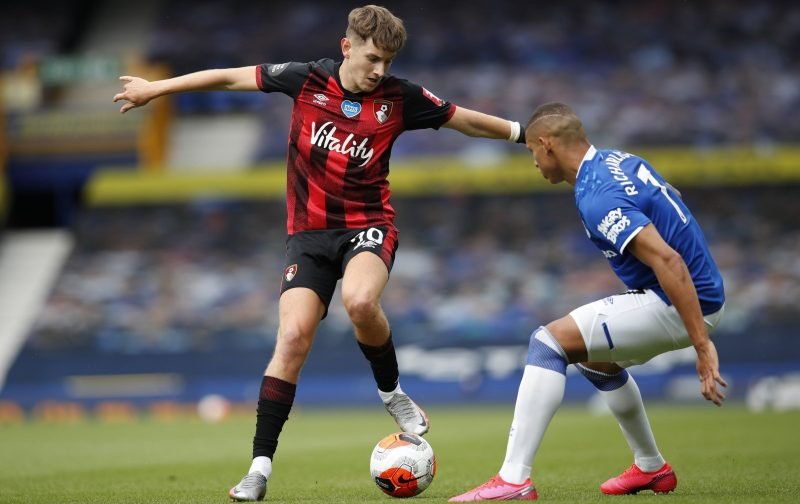 Manchester United are interested in Bournemouth star David Brooks as they’re struggling to secure a deal for Borussia Dortmund forward Jadon Sancho, according to reports.

Ole Gunnar Solskjaer is aiming to bolster his squad this summer after a third-placed finish saw them secure qualification for next season’s Champions League.

According to Sport Witness, if the Red Devils fail to sign top-target Sancho, who Dortmund value at £108million, then they are seriously preparing a swoop for Wales international, Brooks.

The 23-year-old missed most of last season through injury as the Cherries were relegated to the Championship but caught the eye in the previous campaign which was his first in the top-flight.

It’s claimed that the Old Trafford side are willing to move quickly to bring in the playmaker who, despite starting his youth career at Man City, is a boyhood United fan.

Solskjaer was thought to be keen on Brooks last summer but Bournemouth set a price of £50million on the player they signed from Sheffield United in 2018 for around £10million.

However, now they’ve been relegated to the Championship, the Cherries may be forced to lower their asking price as they look to rebuild and bounce straight back to the top-flight at the first attempt.