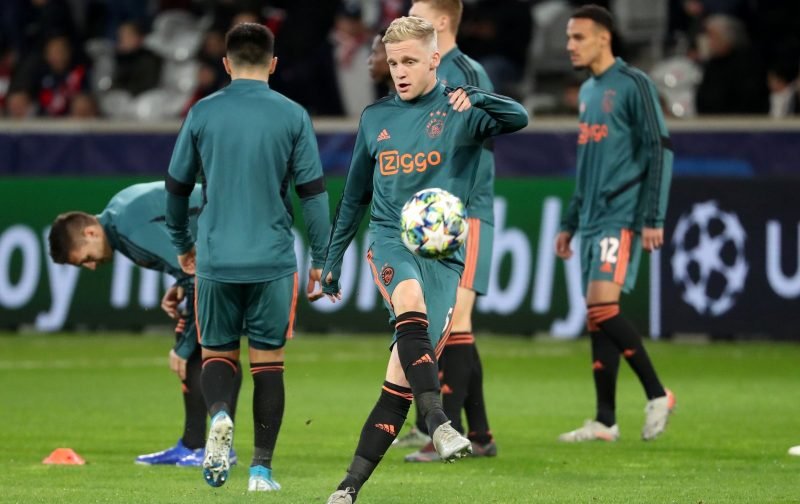 The 22-year-old played a key part in helping the club win the Dutch league and cup double last term, as well as reaching the last-four of the Champions League.

This campaign, the Netherlands international has again caught the eye with six goals and four assists in 16 Eredivisie appearances.

And it’s those performances that, according to ESPN, have Manchester United weighing up a swoop for the midfielder.

Despite being valued in excess of £50million, it’s thought that the Red Devils believe they could sign Van de Beek this month after Ajax were knocked out of the Champions League.

The Norwegian, who saw his side lose 3-1 at home to rivals Manchester City in the League Cup semi-final first-leg on Tuesday, is currently without the injured Paul Pogba and Scott McTominay.

United are also currently fifth in the Premier League and five points off a top-four place having lost six of their 21 matches to date.