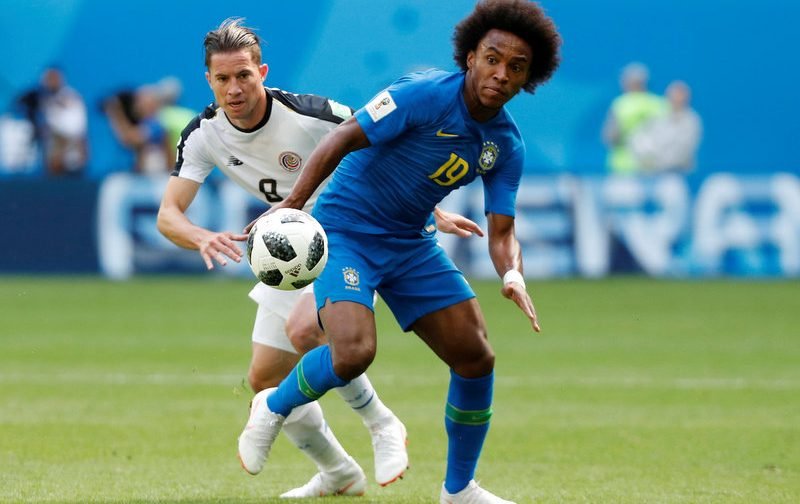 Chelsea have reportedly rejected a £50m bid from FC Barcelona for Brazil international forward Willian, according to the Daily Mail.

The Premier League side, who finished fifth in the English top-flight standings last term, snubbed the Spaniard’s opening offer for the star, and are now expecting rivals Manchester United to enter the bidding war.

The 29-year-old, who has 60 international caps for his country, scored 13 goals and provided 12 assists in 55 appearances in all competitions for The Blues last season.

Willian, who arrived at Stamford Bridge back in August 2013 following his reported £30m switch from Russian outfit Anzhi Makhachkala, has netted 44 goals in 236 games overall for the club, winning two league titles, the FA Cup and the League Cup. 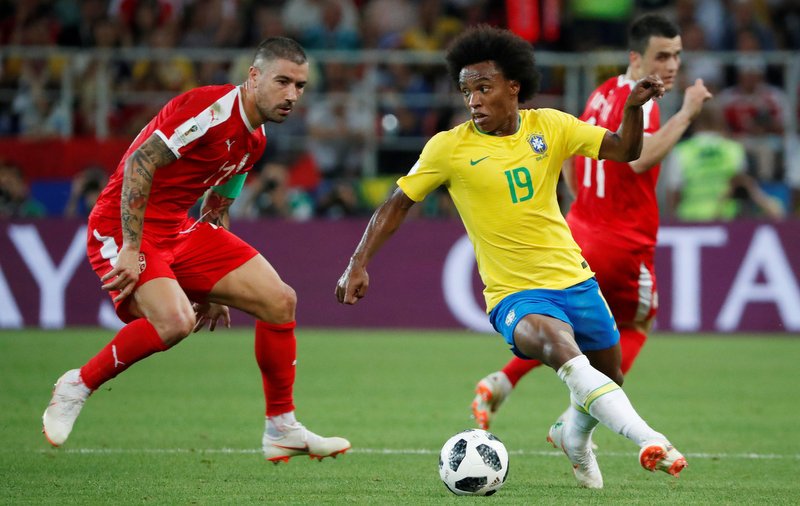 After turning down Barcelona’s £50m offer, the report claims United are closely monitoring Willian’s situation at the London outfit, and would be willing to offer more money for the Brazilian’s services this summer.

Red Devils manager Jose Mourinho is a long-term admirer of the right winger, after failing to lure him to Old Trafford back in January.

Willian is currently on international duty with Brazil at the FIFA World Cup finals in Russia this summer, having played in all three of their Group E fixtures, and face Mexico on Monday afternoon (15:00) in the last 16.