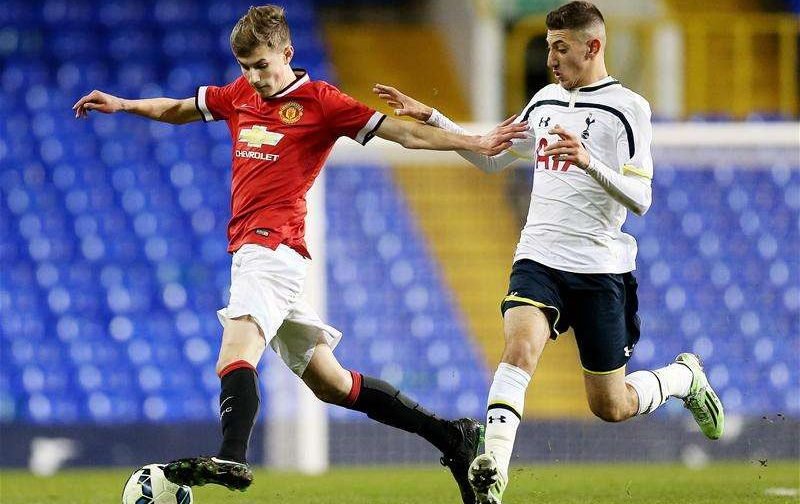 Today we turn our attention to one of the most successful academies within the United Kingdom.

If I was to list how many youth products that have graduated from Manchester United’s prestigious academy, I would need an entire day to do so.

David Beckham. Ryan Giggs. Gary Neville. There’s just a few. The current crop are beginning to dream, can they achieve the same levels of success as their predecessors have?

Look to the Stretford End on your next visit to Old Trafford and you will see a banner. “Giggs tearing you apart since 1991,” says the emblem. Manchester United fans may never see a player like the Welshman ever again.

That’s not saying that they will not try to hunt for one, however. One player who has been compared to the former Wales international, though, has been attacking midfielder Callum Gribbin (that’s not just because he grew up in Salford). 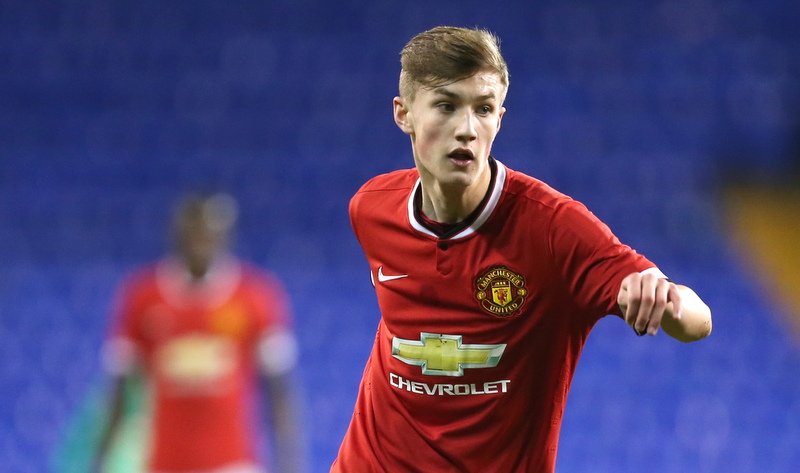 After watching his good friend Marcus Rashford break into the first-team at Old Trafford, there is a growing buzz that Gribbin can emulate the England international.

Having already featured for the Under-23s on various occasions, there is a belief that first-team football is not far off for the youngster. One thing is for sure, he can Shoot for the Stars.

Born in Salford, there was only ever one team for Gribbin. Having been born during Manchester United’s most successful and memorable season ever, the England youth international grew up during one of the greatest periods in The Red Devils’ history; the highlight, arguably, being the 2008 UEFA Champions League triumph over Avram Grant and his Chelsea side.

One of his boyhood idols lifting the greatest trophy in the world will be a moment that is indelibly hoarded in the midfielder’s brain.

Joining Manchester United at a young age, the academy staff at Carrington were always aware of Gribbin’s potential. But ask any player and they will always say that there was one moment that defined their career. For Gribbin, that came in August 2011.

The Amsterdam Arena, Holland. August 3, 2011. It proved to be a special day as Manchester United said goodbye to one of their great goalkeepers, Edwin van der Sar.

Prior to the main event, an Under-13 fixture took place between United’s schoolboys and Ajax’s.

Live on television and with a packed stadium watching, Gribbin shone, playing alongside the son of the four-time Premier League winner, he netted a brace. Who was this kid?

The buzz around the left-footer began to intensify. He would play above his age-group on various occasions and would feature week-in-week-out.

If you’re going to reach the top, you need to play those at the top. The opportunity was presented to Gribbin at United’s Premier Cup in 2013. Fixtures against clubs from Chile, Korea Republic and South Africa allowed Gribbin to compare himself to those of a similar ability.

The highlight of that tournament, though, was playing against Real Madrid. Granted they may have been defeated 1-0, but it proved to be a day that he would never forget.

It was in 2013 where England started to take note as well. Playing for your country is every kid’s dream, this teenager did it when he was 15, when he featured for England at Under-16 level. Under the guidance of Dan Micchie, Gribbin developed as he moulded himself on the players around him. 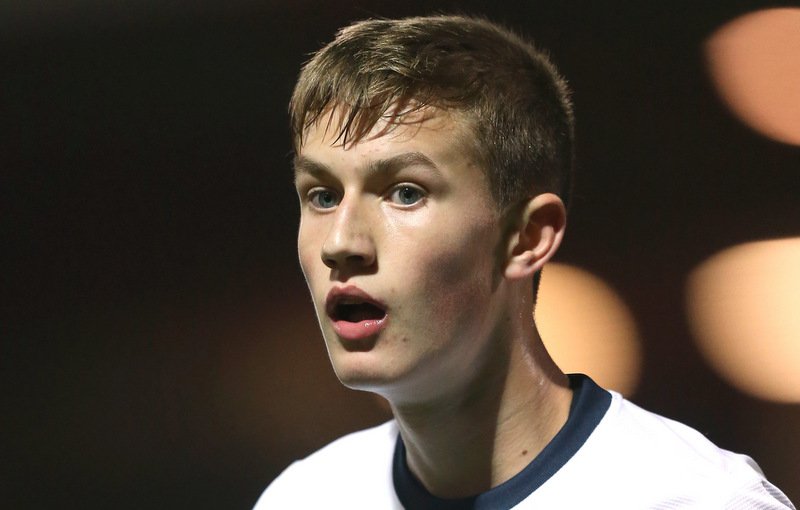 Gribbin playing for England Under-16s in the Sky Sports Victory Shield against Wales in 2013.

Despite sustaining an injury at the start of 2014, which kept him out for two months, the left-footed midfielder was a fundamental part of United’s youth side. His consistent performances at the 2014 Milk Cup helped The Red Devils defend their title, while he netted in United’s Premier Cup with a sweet strike from 14 yards.

The following season, while still at school, he made his step-up to Under-18s football. After a solid start to youth team football, he climbed the ladder again. After Warren Joyce liked what he saw, he was thrown into the development squad as he replaced Joe Rothwell in a 3-1 defeat to a Manchester City side that included the likes of Kelechi Iheanacho.

Back at Under-18 level, Gribbin became a regular in the midfield. By January 2016, his leadership attributes paid dividends as he captained the youth side for the first time in a fixture away at Liverpool.

Not a bad first game to lead your team-mates in. Despite a disappointing finish in the end, it was a year of valuable experience for the boyhood Manchester United fan.

Despite an injury keeping him out for the start of the 2016-17 season, the Salford-born Red Devil has grown into the campaign. The highlight being a hat-trick against Liverpool and a first goal at Under-23 level against Derby County.

It’s just over a year since Rashford burst on to the scene. Since, he has appeared in Europe, an FA Cup final and for England on various occasions.

While manager Jose Mourinho has been criticised in the past for a lack of youth development, all Gribbin can do is work hard week-in-week-out. If he continues to perform, there is only one place the young Salford midfielder is going as he desires to achieve his childhood dreams.