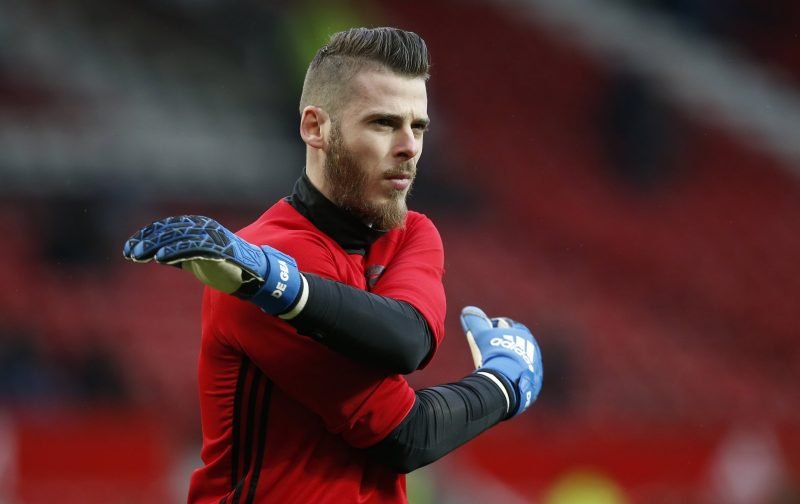 Real Madrid are reportedly ready to go all out in their bid to lure Spain international goalkeeper David De Gea to the Bernabeu this summer, according to the Mirror.

The La Liga giants, who defeated Alaves 3-0 on Sunday to preserve their two-point lead over second-placed FC Barcelona in the Spanish top-flight, have been continually linked with trying to sign the Manchester United star.

The 26-year-old, who has 20 international caps for his country, has kept 13 clean sheets in 38 appearances in all competitions for the Premier League outfit so far this season.

De Gea, who arrived at Old Trafford back in June 2011 following his move from La Liga rivals Atletico Madrid, has won the Premier League, the FA Cup, the EFL Cup and three FA Community Shields for The Red Devils, making over 260 appearances overall.

However, the report suggests Madrid are ready to splash out £100m during this summer’s transfer window, with United’s No.1 top of boss Zinedine Zidane’s wishlist.

The Spanish giants are confident of finally landing De Gea, after a lengthy pursuit, especially if Jose Mourinho’s men miss out on Champions League football for the second successive term.