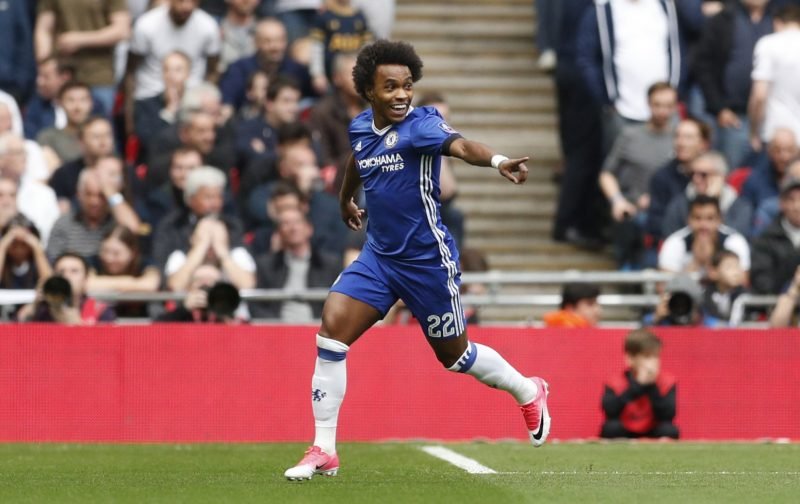 Manchester United are reportedly set to make a move for Brazil international midfielder Willian this summer, according to ESPN.

The Premier League side, who visit the Etihad Stadium tonight (20:00) to face arch rivals Manchester City in the top-flight, have been linked with a summer swoop for the Chelsea star ahead of the 2017-18 campaign.

The 28-year-old, who has 43 international caps for his country, has scored 10 goals and provided three assists in 35 appearances in all competitions for the Premier League leaders so far this season.

Winger Willian, who arrived at Stamford Bridge back in August 2013 following his reported £32m switch from Russian outfit Anzhi Makhachkala, has netted 29 times in 175 games for The Blues overall, lifting a Premier League title and the League Cup with Chelsea.

However, the report suggests former boss Jose Mourinho, who now manages at United, wants the Brazilian at Old Trafford next term as part of his summer rebuilding plans.