Manchester United’s Marcus Rashford, ‘My Journey to the Shirt’ 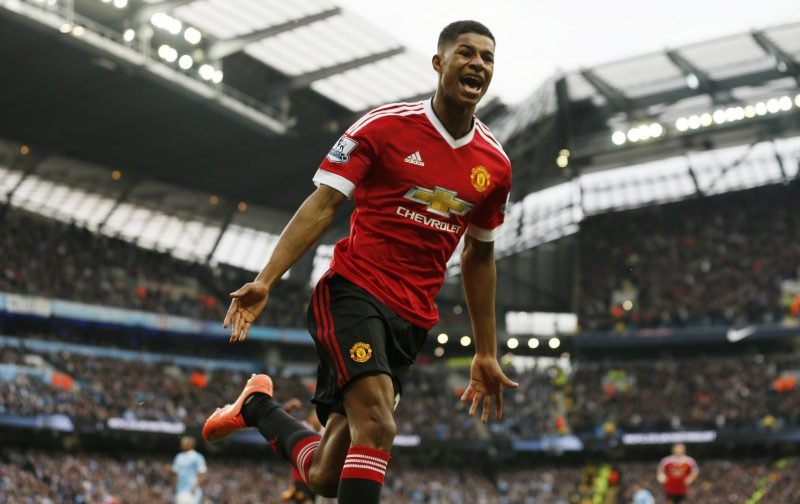 As part of Nike’s launch of the new England away kit, Manchester United forward Marcus Rashford has written an essay, ‘My Journey to the Shirt’, to give fans an honest insight into his meteoric rise to club and country fame.

The 19-year-old, who has been selected in Gareth Southgate’s latest Three Lions squad to face Germany and Lithuania later this week, provides an honest look at his relationship with the England team and the shirt – looking back on his goalscoring debut, last summer’s UEFA Euro 2016 disappointment and the influence of captain Wayne Rooney has had throughout his footballing career, so far.

You can read the striker’s essay in full below: 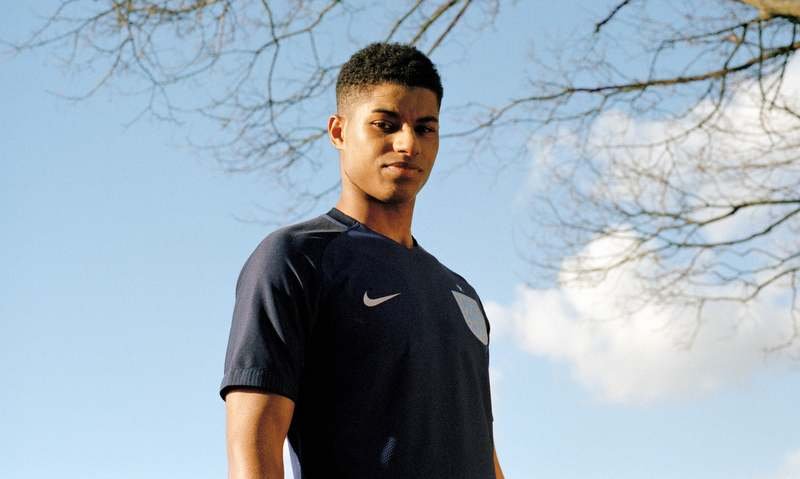 Growing up in Manchester, my family had a little competition going on. When they were buying me a gift for my birthday or Christmas or whatever, they always knew the easy thing to buy me. The latest football kits.

But coming from Manchester, families can be… divided. At least mine was. Half my family were United supporters and half were City. So these were more than gifts, you know what I mean? Especially as I got older and I kept getting better at football, my uncles would buy me the newest red or blue kit to try to bring me over to their side. It was a bit of a running joke in our family.

But there was one kit that I will never forget getting, and it wasn’t United or City.

One night, I came home after a kickabout with my brothers out front. My uncle was over and he had something for me.

Another red football kit – he was United all the way.

I took it from him, looked at it and I saw that this one was different. On the top left of the chest was a crest with three lions and one gold star.

I flipped it over to see if it had a number on the back (that was always a big deal.)

And just above that…

I was too young to appreciate the England teams of the ’90s — guys like Alan Shearer, Teddy Sheringham — so for me, it was all about Rooney. When he and Michael Owen were up front together, those are my earliest memories of the England team. Me and my brothers, Dwaine and Dane, would always sit down to watch the England games together.

And then, when I was about 8 years old and my uncle gave me that Rooney kit. As every kid does, when you’re having a kickabout and you’ve got someone’s name on your back, you just try to follow in their footsteps.

I was a striker, so from that day, I wanted to be just like Rooney. And I wanted to play for England.

But here’s the other thing about where we grew up in Manchester: The park where we’d all play was on the other side of this busy main road. And if Dane and Dwaine had already left, my mum would never let me go out alone to cross the road and join them. 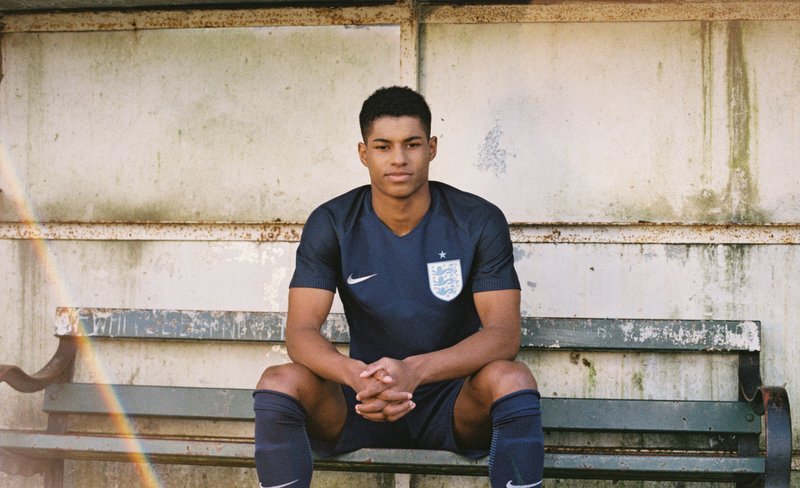 She wasn’t having it.

Park or no park, It didn’t stop me playing. I had this one special football at home with my name in permanent marker on it. I’d just kick it off the walls in my room or down the hallway. Wherever I could, it didn’t matter.

The days I could go to the park with my big brothers were the best, though. I loved competing against the older boys. Sometimes, we’d have games out on the green in front of our council estate. It was packed with houses surrounding it, so it was cool, because we knew that we could always show up at the green and know there’d be a few kids playing. We’d even be outside a grey, rainy day, which in Manchester is the majority of the time. But it in our imaginations, we were Rooney, or Owen, or Rio playing at Wembley for England.

These dreams of playing football bonded us together, you know? Playing out in the garden together, that’s something that lasts a long time. The boys from that neighborhood, we’re all still mates – even after some of us got scouted and left for academies, after I left for Manchester United.

A lot of people think I’ve come out of nowhere. And to be honest, this past year has gone by so quickly. I still can’t believe it myself sometimes. One day during training with United last season, my teammates told me that I’d been selected for the national team to go Euro 2016, and I literally didn’t believe it. I thought they were joking. I’d only just made my debut for Manchester United a few months before.

Phil Jones came up to me as we headed into the changing rooms and said, “I’m tellin’ ya mate, you’re going to France.”

As I made my way into the building, some of the staff were telling me the same thing. When I got my mobile phone out of my locker, there were messages from my friends, my brothers, my mum, all saying the same thing: England!!!!!!!!!!!!!

At that point, I was buzzing, but kind of confused. And then my manager at the time, Louis van Gaal, walked up to me.

I didn’t know what to think. I mean, I expected to play with the under-21s, but what he told me was massive.

“The national team phoned,” he said. “Go and enjoy yourself.”

That was it. I was going to France. 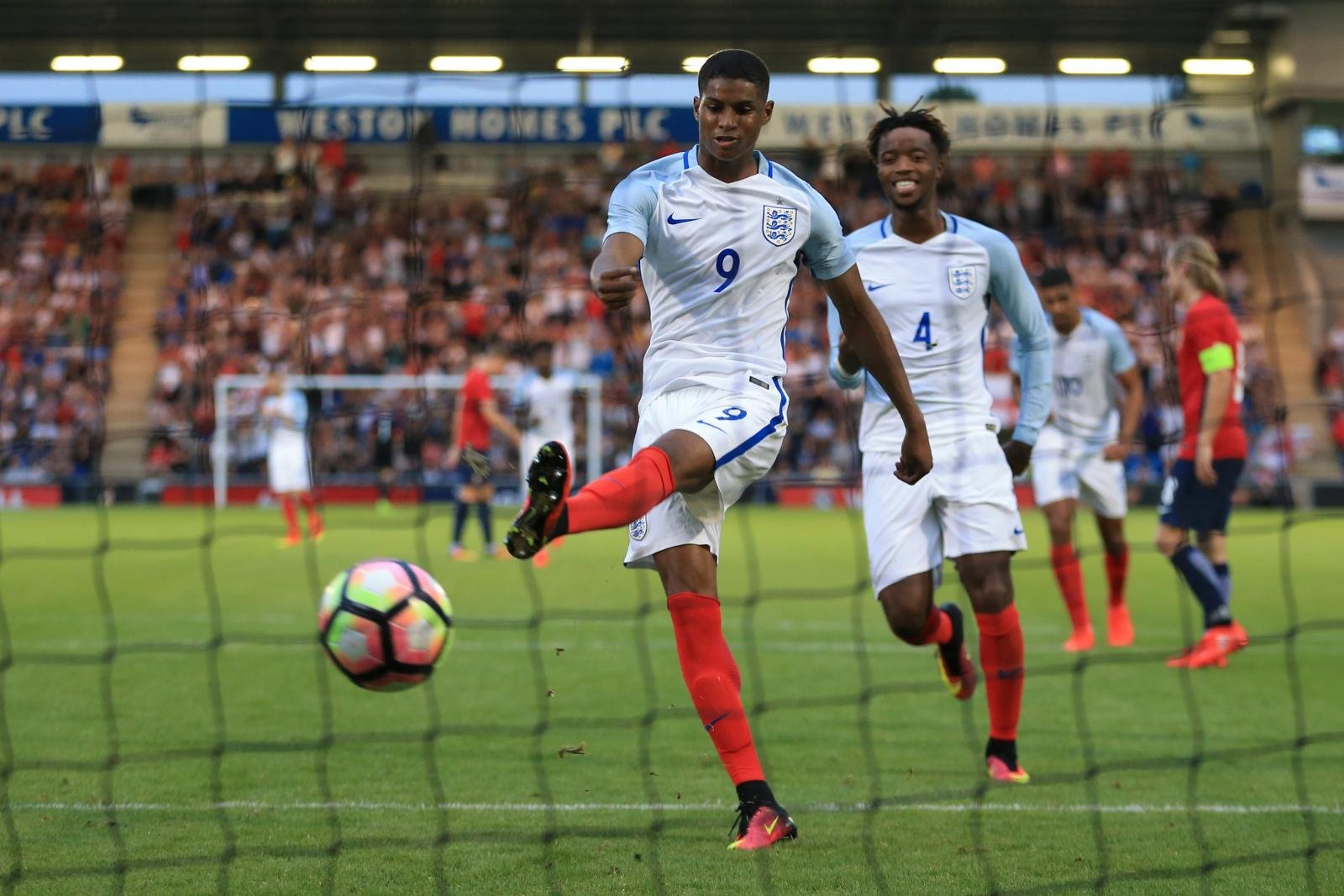 All the days (and nights) leading up to your England debut, you can’t stop trying to imagine what it’s going to be like. You play it through in your head over and over again. You think about the pitch. You think about walking into the changing room.

It was so much better than that.

I walked into the changing room for our friendly against Australia and saw all the shirts hanging up at each of the lockers. I remember looking around for mine, and then I saw it.

Red football top. With a crest on the left chest. Three lions. One gold star.

I flipped it around.

And just above that…

I kind of laughed and said to myself, like, No more emulating now. You’re playing for England.

Three minutes into my first match, I scored my first England goal. How should I describe that? This is going to be impossible. It’s like …

As soon as the ball goes in the back of the net, it’s like something goes off in your head. It’s a moment you hold onto, but at the same time, as soon as you’ve done it once, you just want to do it again and again and again. You crave the feeling.

At the start of the second half, I experienced another moment I won’t forget. No. 10 got subbed into the match, and all of a sudden I’m sharing the pitch with Rooney … For England.

I’m even on the pitch when he scores our second goal. I’m not out on the green at the council estate, or watching England on telly.

I’m right next to him.

I know the comparisons that have been made between us. I know the expectations that people have of me. For me, I’m focused on improving my game however I can. And being around Wayne and training with him has been massive for that.

He speaks to me a lot about the game — the position he’s been in, the situations he’s had to deal with. I first met Wayne after my debut for United. He was injured at the time, but he came into the changing room after the game, walked straight up to me and said congratulations. It may seem like a small thing, but it wasn’t. It meant a lot to me.

And honestly, that’s how it’s been with Wayne. He’s just a really relaxed guy.

“Just go out and play,” he’ll tell me. “Don’t feel nervous. Play your game and feel free on the pitch.”

And that’s Wayne. You’re not necessarily going to get a big speech. But he’s been through so much that he knows exactly what’s needed at the time. When we were knocked out by Iceland at the Euros, it was a massive disappointment. We were all sitting around in the dressing room after the match, not sure what to think. But then Wayne gets up. And he says one thing.

“Keep your head up. We’ve got a lot to fight for in the future.”

But he says it to each individual person. One by one, he goes up to us and looks us in the eye.

“Keep your head up. Look forward.” 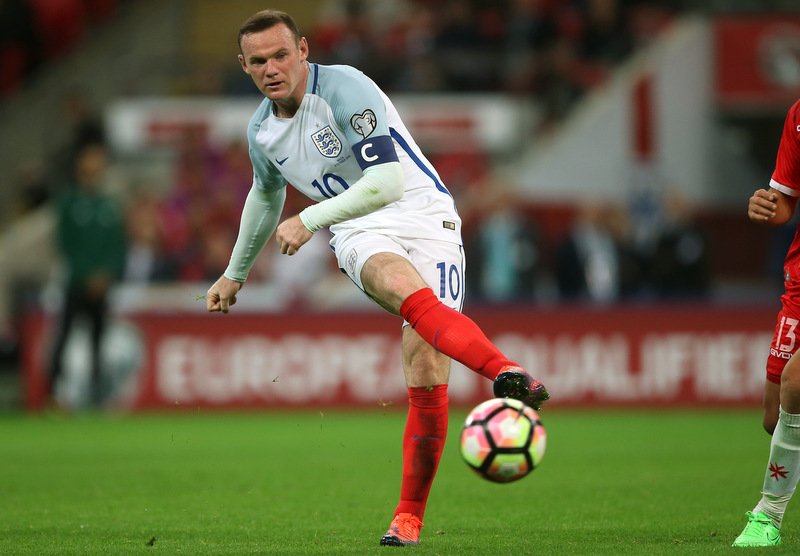 So that’s where we are now. Our heads are up and we’re fighting for the future. I know I’m young — the whole squad is quite young — but we want to make history in the time we’ve got. We know that when people look back on our team, it’s the trophies people are going to judge us on.

So it’s important that we bring pride back to our country. We know that’s what supporters have been waiting for as well.

I’ve already gone through obstacles myself. I didn’t get the call up for the first World Cup qualifier. But you expect obstacles and you have to get past them – I scored a hat-trick for the Under-21s that week.

My head’s up. I’m looking forward. And I can’t wait to play away in Germany and then get to Wembley for our first home match, and first World Cup qualifier of the year. As a kid, I never got to watch a match at Wembley. I only saw it on the TV in my mum’s house. Just like I dreamed of playing for England, I dreamed of the day I’d get to play at Wembley.

And when I finally did, it wasn’t like I had dreamed.

It was so much better than that.

When I got out onto the pitch, I just kept looking down at the grass and thinking, Man, it’s perfect. Every single blade is the same height. This is a long way from the garden outside the council estate.