Manchester United’s Mata, “We always want to win every tournament we play in” 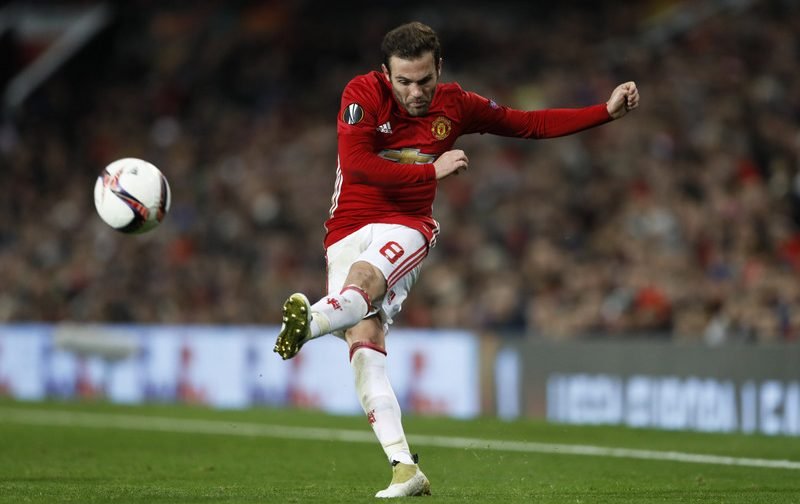 Juan Mata wants Manchester United to win the 2016-17 UEFA Europa League title, so the club can qualify for the UEFA Champions League next season.

The 28-year-old, who scored the only goal of the game against FC Rostov in their Round of 16 second leg tie at Old Trafford to seal The Red Devils’ path into the quarter-finals of the second-tier European competition, was speaking exclusively to BT Sport after Thursday’s victory.

When asked whether United have a good chance of winning the tournament, the central midfielder responded, “Well that is our aim, we always want to win every tournament that we play in.

“We know it is a good chance, obviously if you win, to play Champions League next season and we are going to try until the end.

“There are still very good games in the Europa League, I think the level is very good, so it is going to be difficult, but we would like to play Champions League next season, and this is one way to do it.”

Mata, who has now scored 10 goals and provided five assists in 37 appearances in all competitions for United so far this season, has lifted the FA Cup (2016), the FA Community Shield (2017) and the EFL Cup (2017) since his arrival at The Theatre of Dreams from Premier League rivals Chelsea back in 2014.

Jose Mourinho’s side next face Middlesbrough at the Riverside Stadium in the Premier League on Sunday (12:00), with assistant head coach Steve Agnew in charge of Boro this weekend after their opponents sacked Aitor Karanka on Thursday.

United currently lie six points adrift of fourth placed Liverpool in the top-flight standings, although they have two games in hand.