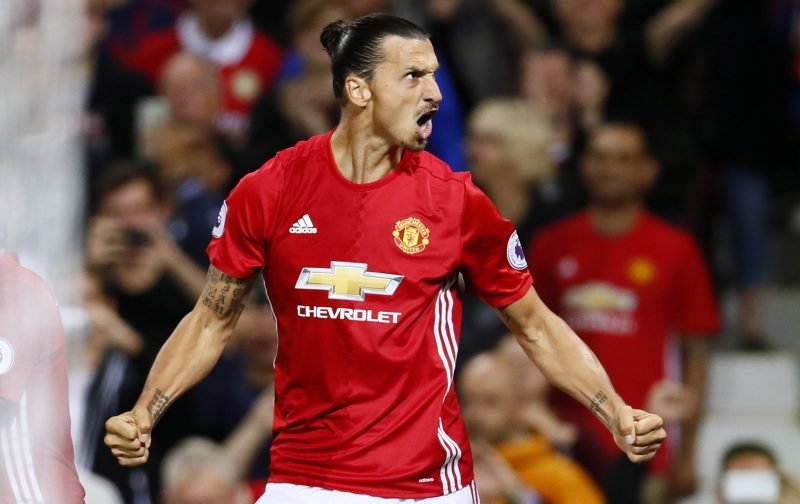 Manchester United striker Zlatan Ibrahimovic has yet to pledge his short-term future to the Red Devils, and is open to a move back to Italy with Napoli, according to FoxSports (via The Mirror).

The 35-year-old moved to Old Trafford last summer after seeing his contract come to an end at French champions Paris Saint-Germain, and he has been in sensational form for Jose Mourinho’s side this term, netting 26 goals in all competitions.

However, the forward’s contract expires at the end of the current season, and although there is an option for a further year, Ibrahimovic has yet to trigger that deal.

And, as a result, speculation has been building about his future in Manchester, with the man himself refusing to rule out a move to Napoli in the summer.

He told FoxSports: ‘A move to Napoli? You never know.

‘I am feeling well at United, but we will see what happens.’

This lack of certainty about his future is sure to concern United fans between now and May, especially as the striker has been brilliant for the club this term, scoring 15 goals in 25 Premier League games.

However, Italian football has been a happy hunting ground for the 35-year-old in his career so far, as he has played for Juventus, Inter Milan, and AC Milan, and won the Serie A title with all of them.

The Swedish striker has clearly enjoyed life in Italy in the past, but whether he goes to Napoli, who currently sit third in the Italian top-flight, very much remains to be seen.