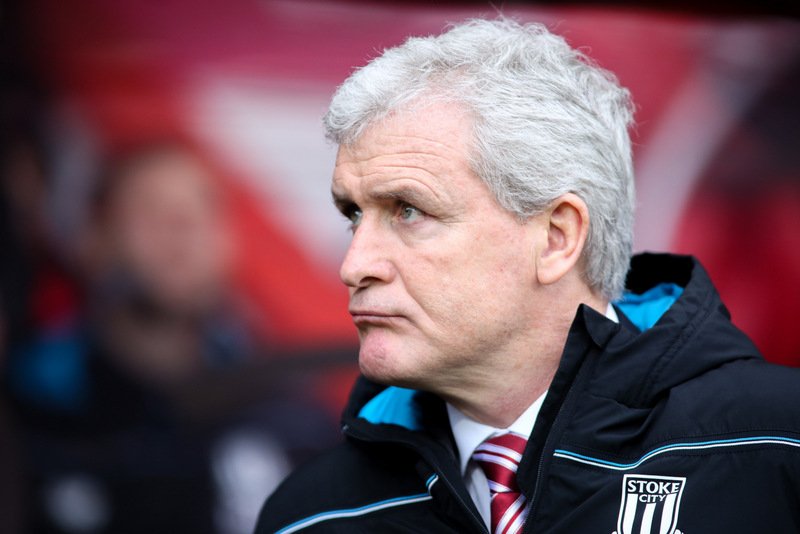 Mark Hughes couldn’t hide his joy at seeing his Stoke City side leave the Etihad Stadium with a hard-fought point following a 0-0 draw with Manchester City on Wednesday night, telling BBC Sport how pleased he was with the result and performance of his team.

The Potters kept the home side down to a handful of chances and even managed to put Pep Guardiola’s side under pressure at times on the counter attack.

The visitors decided to play two strikers with Mame Biram Diouf and Saido Berahino leading the line, who were often called upon to defend from the front whilst occasionally getting in behind City’s defence, with both players having what could be described as half-chances.

The draw moved ninth placed Stoke to within four points of West Bromwich Albion, who have a game in hand over The Potters.

Hughes said, “Not many teams come here and restrict Manchester City to so few chances.

“We didn’t rely on luck. We made our own luck and were difficult to break down. You can see what it meant tonight and that shows the honesty of the group.”

Stoke were looking to put the recent 4-0 loss to Tottenham Hotspur at White Hart Lane behind them – their last result when facing a top four side, which is what last night’s draw would have helped them achieve.