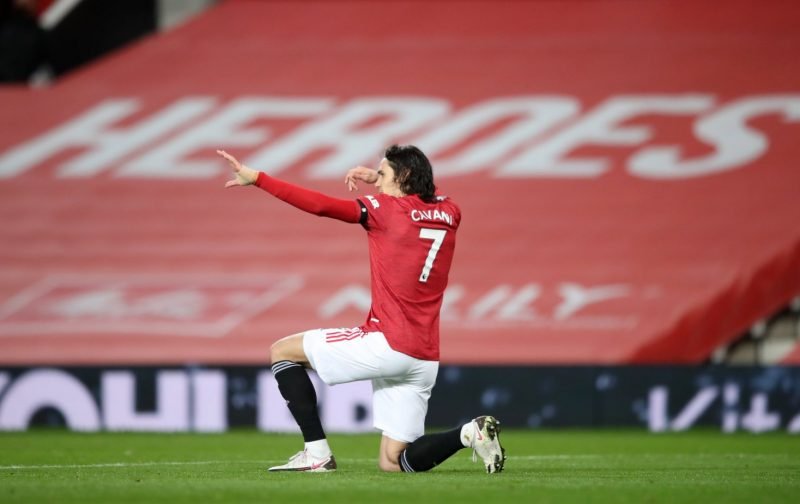 Although slipping in recent games, Manchester United still find themselves just about in the midst of a title race for the first time since they last lifted the trophy in 2013.

Despite conceding late on against Everton on Saturday, the Red Devils are only five points behind neighbours City, but the Citizens also have a game in hand.

Uruguayan striker Edinson Cavani has played a big role in the club’s success this term, and is now being tipped by one of the club’s former greats to extend his stay at Old Trafford.

Mark Hughes, who scored 163 goals for the Red Devils, believes that United should do everything they can to secure the striker’s services for another season, insisting that he offers something they don’t otherwise have.

Speaking to talkSPORT, Hughes said “he does make a difference in my view.” 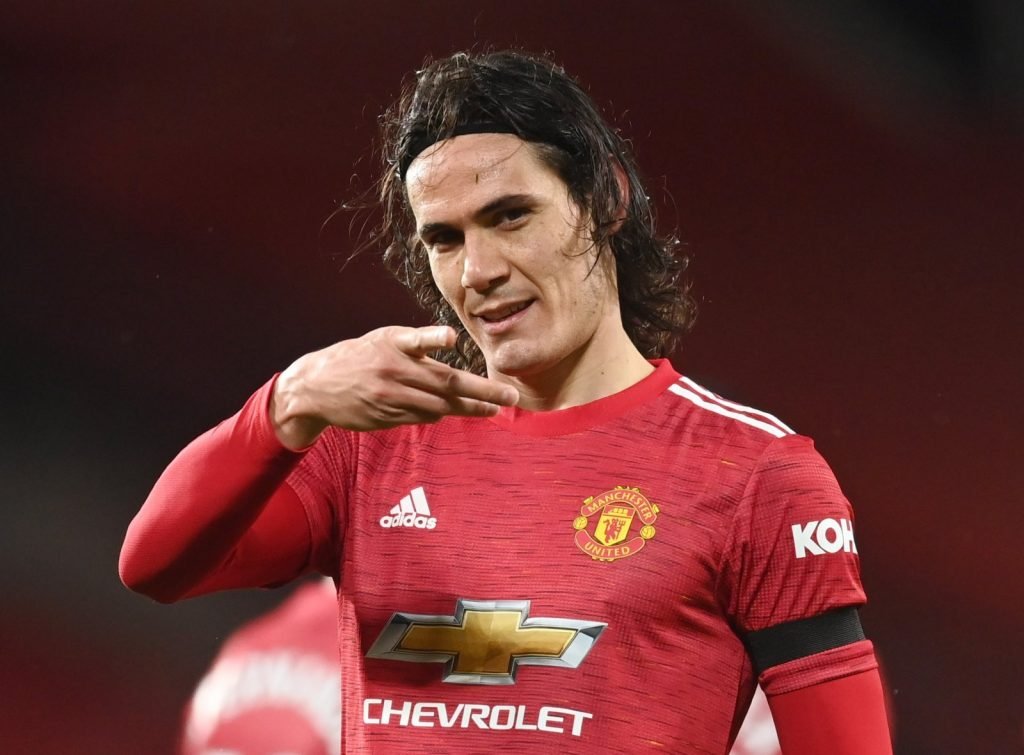 “Prior to him coming to the club, Marcus Rashford, Anthony Martial and Mason Greenwood were all tried through the middle, but it never felt like any of them knew the role like you need to know the role – being the main focus and target of the attacks.

“When Cavani plays you sense that the team has a little bit more focus and direction towards the top end of the pitch. The other guys can play in a position they favour.
“He’s had a big influence, and if it was my decision I would sign him up straight away because I think he’s an outstanding player.”

Cavani, who has scored seven goals in all competitions so far this term, penned a one-year deal with the option for a further 12 months when he arrived at Old Trafford last summer after leaving Paris Saint-Germain.